More exciting news from the SDSS! A worldwide team of SDSS astronomers has completed the most precise measurement of the expanding universe ever. The result was announced just hours ago at the meeting of the American Physical Society in Savannah, Georgia.

Click on the illustration below to go to the SDSS press release describing this exciting news! 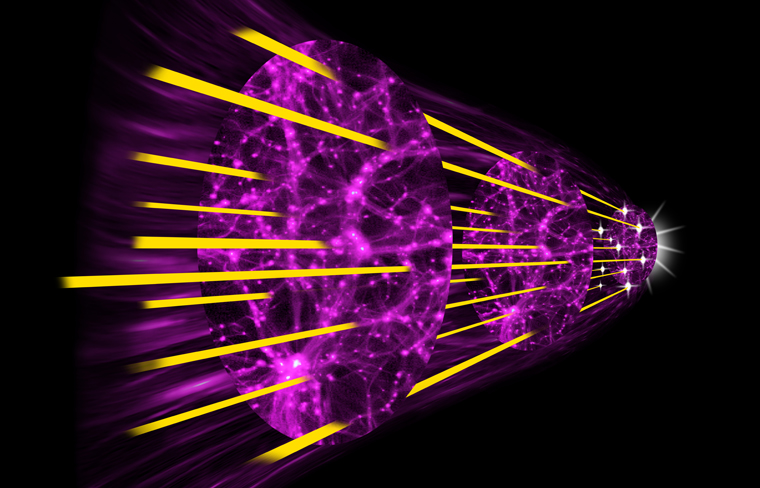 An illustration of how astronomers used quasar light to trace the expansion of the universe.