Last month, several members of the APOGEE-2 Team had three engineering nights kindly provided by the Carnegie Institution on the du Pont 100-inch Telescope. This time was needed for engineering work in preparation for use of the telescope with APOGEE. Paul Harding (Case Western), John Wilson (UVa), French Leger (UW), Garrett Ebelke (APO) and Fred Hearty (PSU) made nighttime measurements in the visual and near-infrared wavelengths to help determine the optimal focal plane location and radius of curvature for wide-field telescope use (ie. the best places to put the tips of the APOGEE fibers so they capture as much of the light from target stars as possible). 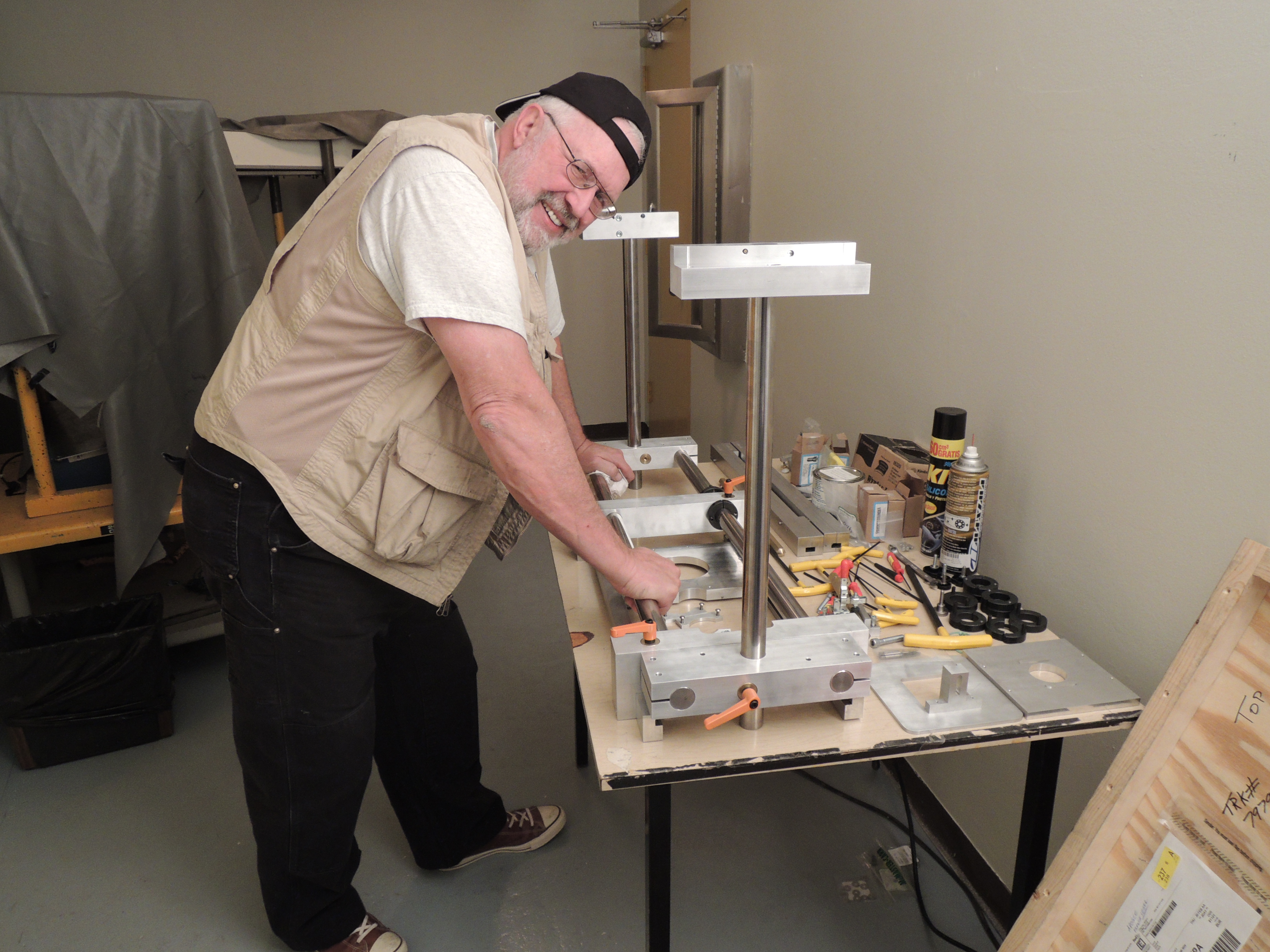 French Leger and the mechanical assembly he designed which allowed precise camera positioning in three dimensions at various locations behind the telescope. 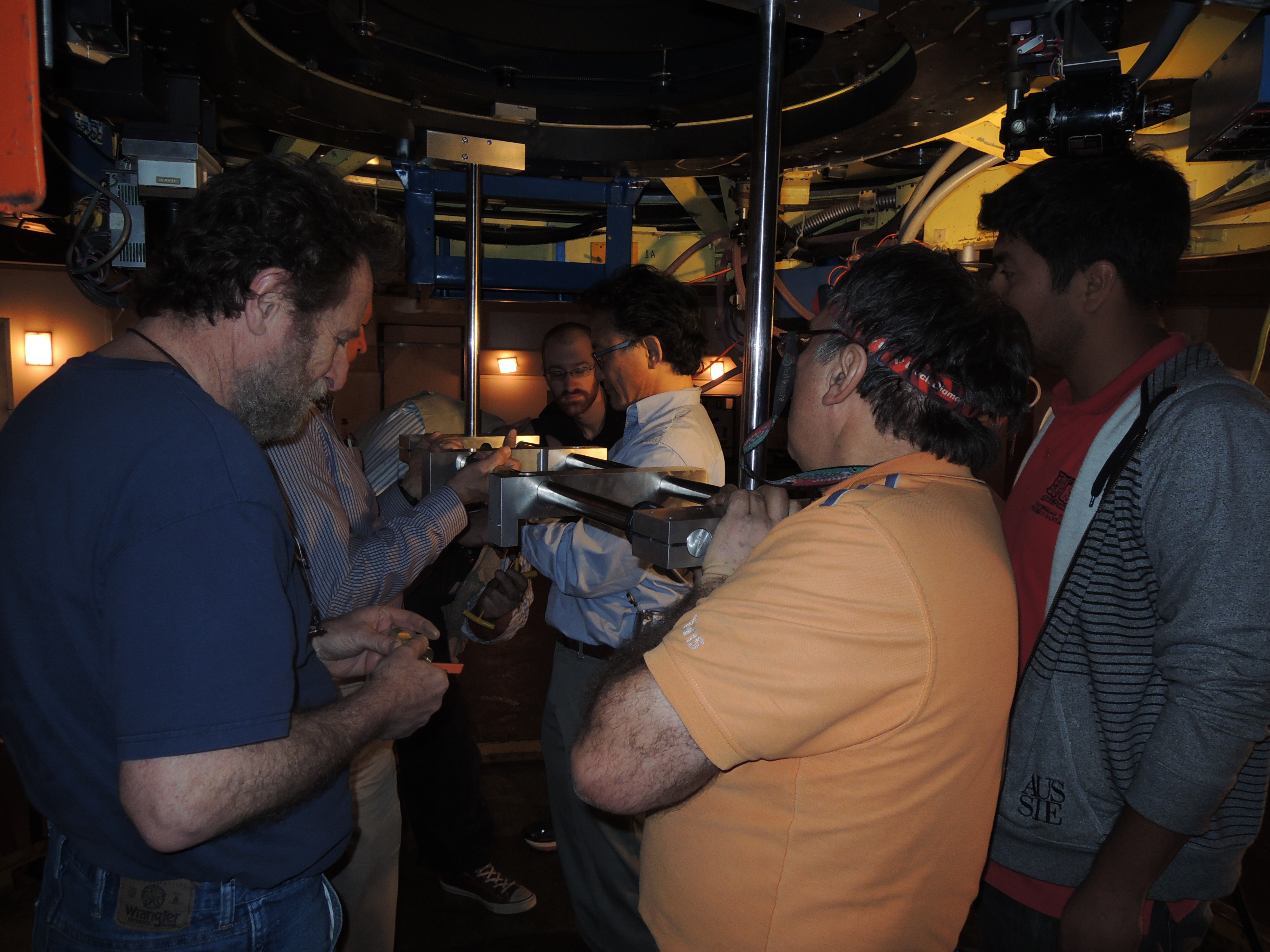 Installation of the assembly. In the foreground are Paul Harding (left) and Oscar Duhalde (right, a member of the Observatory Staff).

This run was an excellent first start to learning the wide-field capabilities of the du Pont telescope and how best to position the hundreds of fibers in the focal plane.  Another run is planned for late this year to make further measurements.