On Monday 10 December the Sloan Digital Sky Survey (SDSS) celebrated its fifteenth public data release, DR15. This data release the spotlight was on the MaNGA survey (Mapping Nearby Galaxies at Apache Point Observatory). 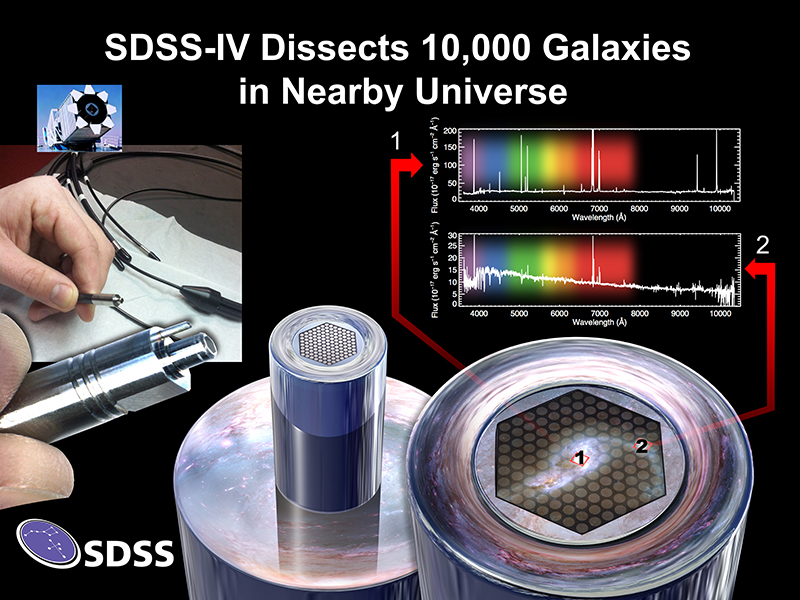 DR15 contains 4621 of the 10,000 galaxies that MaNGA will have observed by summer 2020. To keep up to date with all MaNGA news, you can follow this survey on twitter: @MaNGASurvey. Image credit: Dana Berry / SkyWorks Digital Inc., David Law, and the SDSS collaboration.

MaNGA observes nearby galaxies using a technique called Integral-Field Spectroscopy. This technique allows them to take many spectra all across the galaxy, and these spectra are then used to map the stars and gas in the galaxy. MaNGA can then find out how the stars and gas move around in the galaxy, and what kind of stellar populations (young? old? metal-rich? metal-poor?) are present in the galaxy. These maps help the MaNGA team understand how galaxies form and evolve over cosmic time. DR15 includes all these maps, that were produced by a special Data Analysis Pipeline, and with Marvin you can now explore these maps yourself! 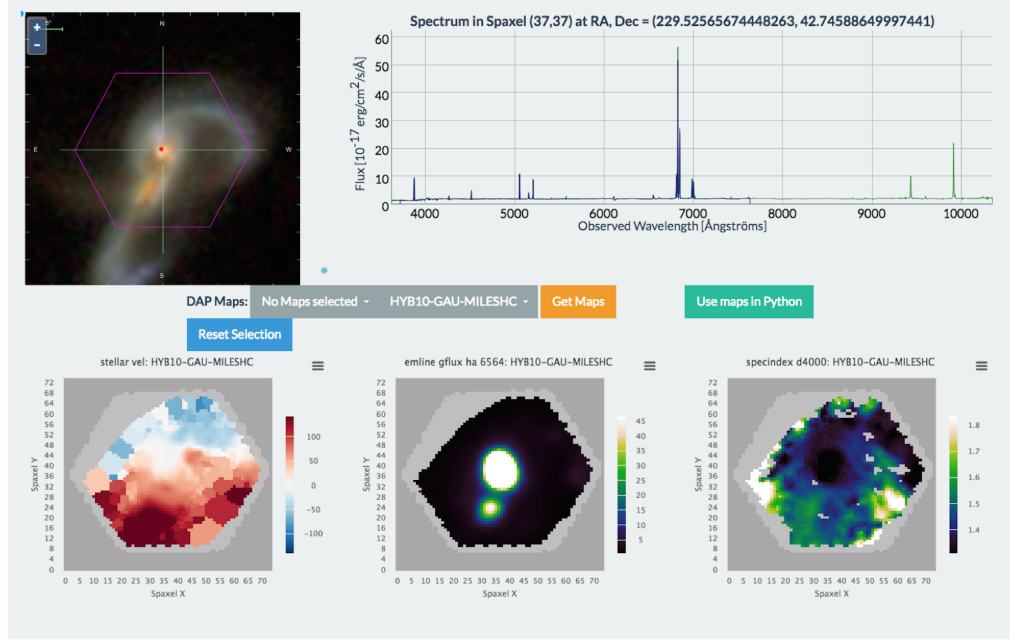 Caption: snapshot of Marvin: the new tool to explore MaNGA galaxies. You can find Marvin at https://dr15.sdss.org/marvin/, and you can also follow Marvin on twitter: @Marvin_SDSS. Image taken from Aguado et al. 2018.

But it was not just galaxies that featured in DR15: MaNGA is running a sub-program called MaStar: the MaNGA Stellar Library. This survey observes almost in stealth mode: they use the optical BOSS spectrographs that MaNGA also uses, but only when there is a full moon and the sky is too bright to observe faint galaxies. Bright time is when APOGEE-2 is in charge, using the Sloan telescope to observe Milky Way stars in the infrared.

But the MaStar and APOGEE-2 teams work together, so that both teams can observe their stars at the same time using two different spectrographs (optical and infrared). The MaStar team is interested in learning more about the properties and physics of their stars, but also want to use their stellar spectra as templates for analyzing MaNGA galaxies. 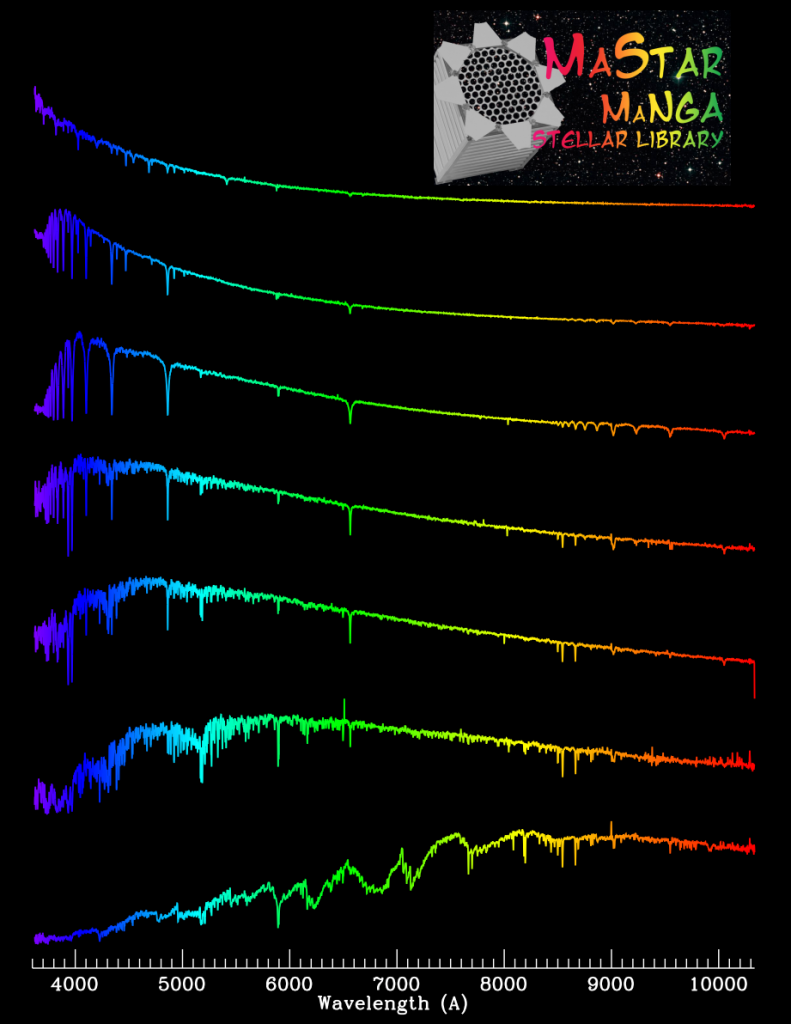 All this new data is now freely available, and we have a brand-new portal to show you all the different ways that you can access and interact with SDSS data: https://dr15.sdss.org/. A very big thank you to all the people in SDSS who made DR15 possible, and a special shout-out to all SDSS team members last spring participated in DocuVana, to write all the documentation that goes with this data release!

What is next? MaNGA’s sibling surveys, APOGEE-2 (APO Galaxy Evolution Experiment 2) and eBOSS (Extended Baryon Oscillation Spectroscopic Survey) took a break during DR15, because they are preparing for a smashing DR16. Next year APOGEE-2 will release lots of new infra-red spectra of stars in the Milky Way, including the very first spectra taken from the Southern hemisphere at Las Campanas Observatory. And eBOSS is currently hard at work putting together new catalogs of the large scale structure of the Universe, that they will release alongside lots of new optical spectra of galaxies and quasars. So stay tuned for DR16!