We are beginning a series of spotlights on APOGEE team members, with special emphasis on their interests in APOGEE science. This month, the spotlight is on Duy Nguyen, one of APOGEE’s postdocs. He graduated from the University of Toronto with a PhD in astronomy and astrophysics, and then held postdoc positions at the University of Florida, Stockholm University, and the University of Rochester before joining the APOGEE team. 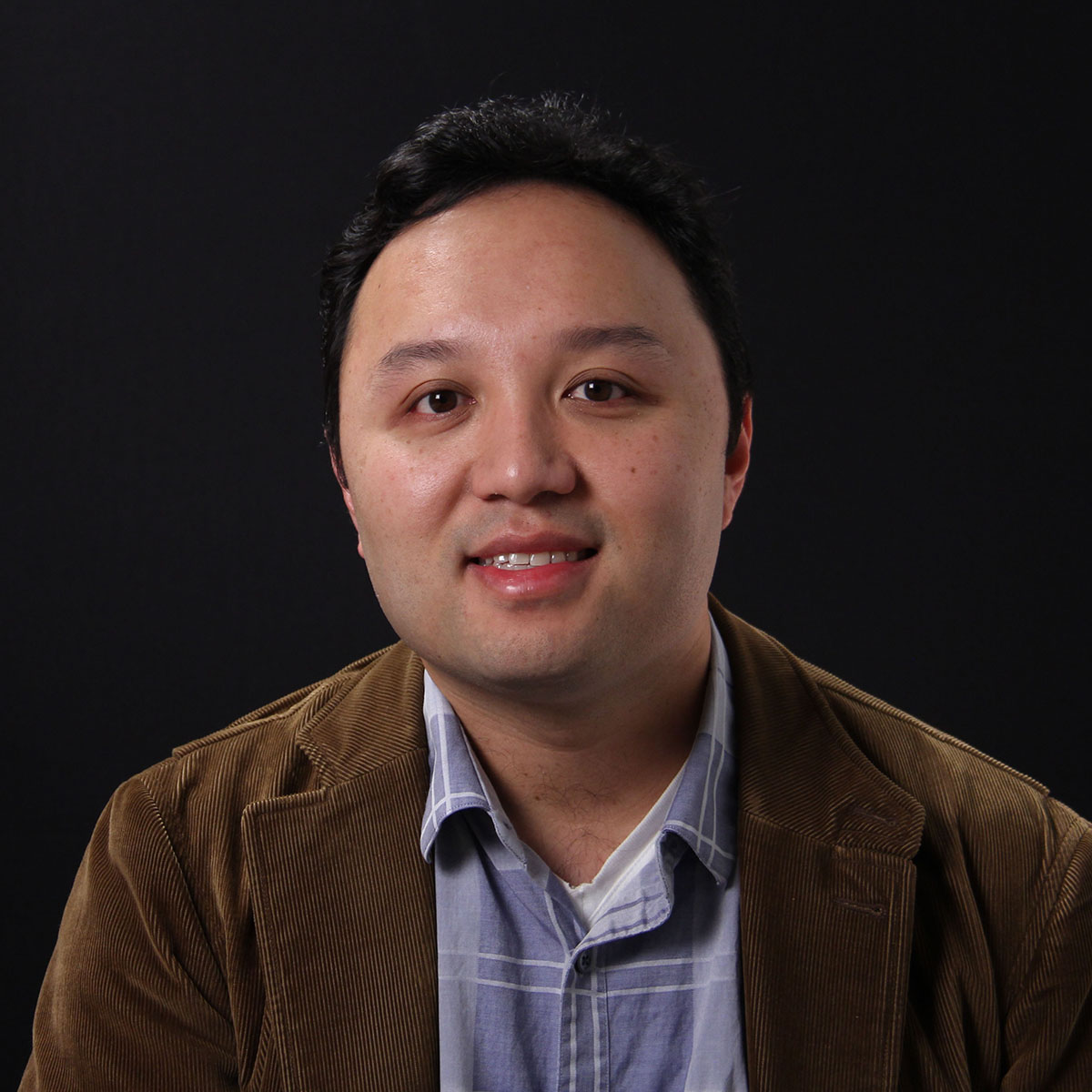 Duy’s research is on the subject of binary stars. A binary star is actually two stars orbiting each other. The sizes of the binary star orbits are small enough that the two stars cannot usually be distinguished in images. This can confuse the interpretation of starlight; and in a survey like APOGEE where precise velocities of stars are so important, this can be a big hindrance. As a result, a number of different methods have been employed to try to tease out whether a star is a binary or not.

But this post isn’t just about binary stars — it’s about one scientist’s research into better understanding them! And in many ways, Duy sees APOGEE as the best available experiment for binary star studies. APOGEE takes multiple spectra of most stars in its sample over months and even years, and this time sampling enables orbital periods to be measured. APOGEE’s high spectral resolution means that tiny Doppler shifts in a star’s spectral lines can be measured precisely. And most importantly, such a large sample as APOGEE has observed (more than 150,000 stars to date) means that we may be able to get a better handle on the “binary fraction” of stars in the Milky Way — a problem that has been plaguing modern astronomers for decades.

Duy is primarily interested in the dynamic properties of binary stars. These dynamics are primarily observed by means of the Doppler shift. As the stars in the binary pair orbit one another, each star approaches and recedes from the Earth once per orbit. Every time they approach the Earth, their spectral lines move to a slightly smaller (or “bluer” to use astronomical lingo) wavelength. And every time the star recedes, the spectral lines move to a redder wavelength. These small changes can be detected with APOGEE, and the radial velocity variations of the stars can be determined based on how large is the wavelength shift.

Duy and his collaborators are amassing radial velocity information on the stars in the APOGEE sample, looking for candidates with substantial radial velocity shifts. When they find one, they fit the data points with an orbital model to determine what the most likely stellar masses are. Here is an example fit: 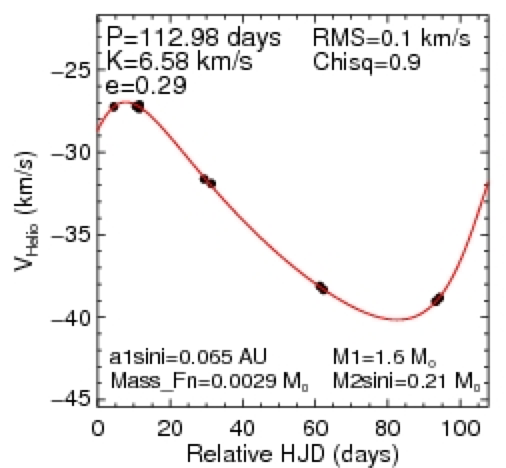 On the x-axis is the time in days, and on the y-axis is the velocity of the star relative to the Sun. This plot shows that the best fit to these data suggest that two stars, one that is at least 0.21 times the mass of the Sun and the other that is 1.6 times the mass of the Sun, are orbiting one another every 112.98 days at a distance greater than 0.065 A.U. It’s interesting to note that the less massive star in this binary is eight times smaller than its companion. Large mass discrepancies in binaries are typical, so that one star dominates the other in terms of brightness. This is one reason why binaries are so difficult to detect.

To date, about 12,000 possible stellar binaries from the APOGEE sample have been flagged based on radial velocity shifts, and 4,000 of these are of special interest because they have been visited seven or more times and exhibit significant radial velocity changes. Of these, 1,500 indicate stellar mass companions, such as the one figured above. While the 12,000 possible binaries were found automatically, the 1,500 sources with stellar mass companions have all had to be screened by hand — a process that Duy would like to fully automate.

Analyzing APOGEE’s huge repository of stellar spectra will enable the most comprehensive assessment of binary stars, including details about whether binary star characteristics are different across the Galaxy. And as an added bonus, APOGEE is sensitive enough to spot Jupiter-sized planets using these methods! How many planets are lurking in the APOGEE dataset?