A paper appearing in Nature today (Xue-Bing Wu et al. 2015, Nature, Feb 25) presents the most massive black hole discovered to date when the Universe, was less than a billion years old – just one-fifteenth of its current age.

A new method to select high-redshift quasars using SDSS observations combined with data from the WISE satellite has resulted in the discovery of new group of quasars at the far reaches of the universe, with redshifts greater than z = 5. One of these quasars, named SDSS J0100+2802, holds a super-massive black hole at a redshift of 6.3 when the Universe was only 900 million years old.

This black hole is estimated to have a mass 12 billion times that of our Sun. The existence of such a massive black hole at such an early stage in the Universe poses a deep mystery whose resolution will improve our understanding of how galaxies form. 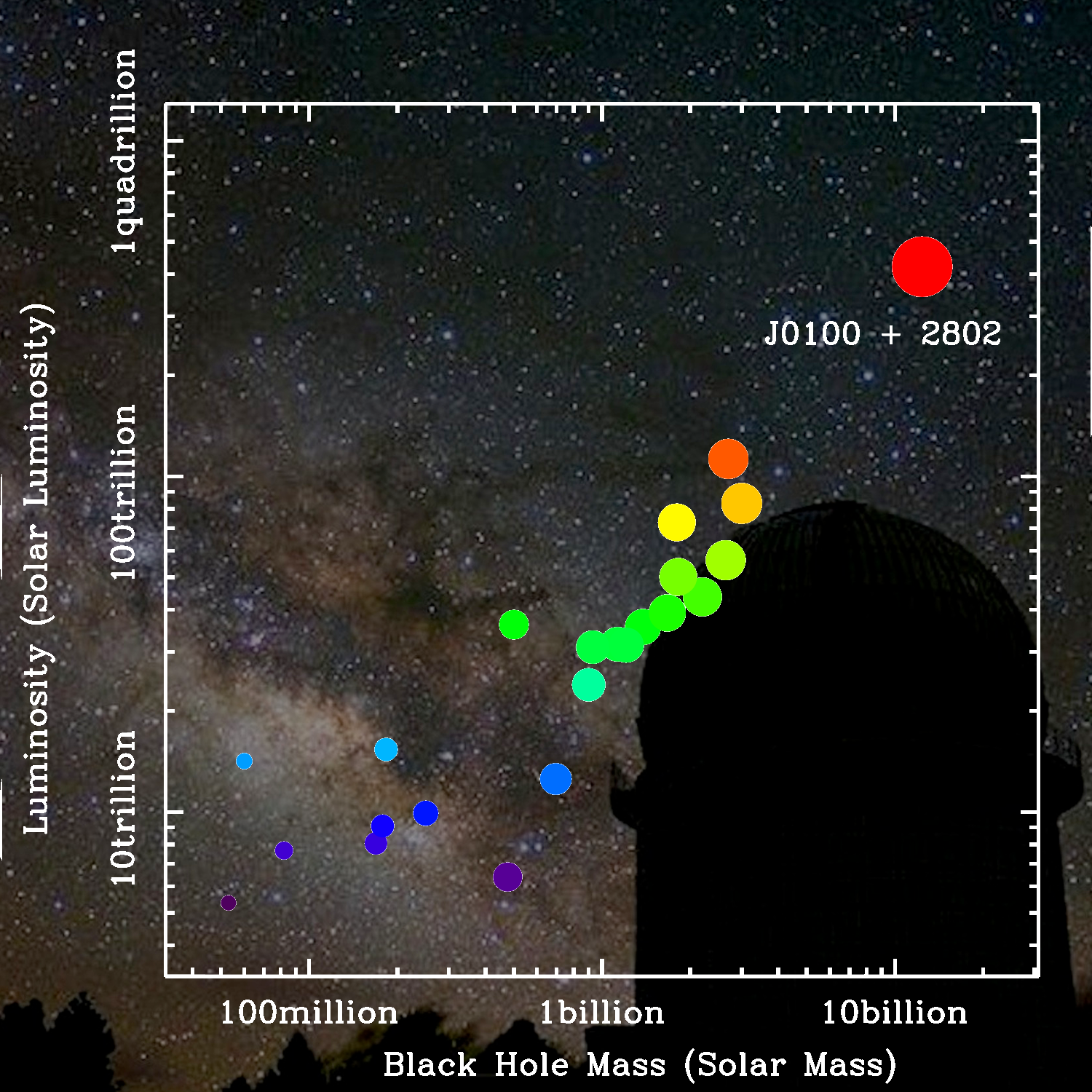 The newly discovered quasar SDSS J0100+2802 is shown by the large red dot in the graph above. The graph shows that SDSS J0100+2802 has most massive black hole and the highest luminosity among all known distant quasars. The background photo, provided by Yunnan Observatory, shows the dome of the 2.4-meter telescope and the sky above it. (Image: Zhaoyu Li/Shanghai Observatory)