Tweeting for SDSS this week is Demitri Muna, research scientist at Ohio State University. Demitri is interested in galaxy evolution and is currently working on a new stellar population synthesis code. He is designing an ambitious project called Trillian, an all-sky, multi-wavelength astronomy computational engine. Trillian was included in last week’s launch of a new project called Collaborate on Science, part of Mozilla’s Science Lab, and has support from the Center for Cosmology and Astroparticle Physics department at OSU. Demitri is interested in scientific data visualization and tools, and has played a significant role in web services for SDSS data. In his free time, Demitri also designs all of the plates for the SDSS survey and is an avid curler. 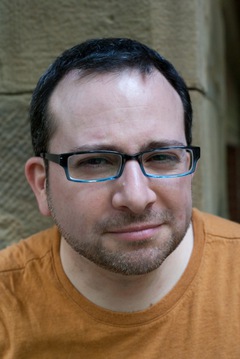