A post by Anne-Marie Weijmans, the MaNGA Lead Observer:

Last month MaNGA (Mapping Nearby Galaxies at APO) had its first commissioning run at Apache Point Observatory, with its first installed cartridge. MaNGA is part of SDSS-IV and scheduled to start observing in July of this year, but it now already has its first galaxies in hand!

MaNGA is an integral-field spectroscopy survey, which will map the motions and properties of stars and gas in 10,000 galaxies. By grouping fibers together into integral-field units, MaNGA obtains spectra not just of the centre of the galaxy, but also its outskirts, covering the whole galaxy. This means that we can measure properties of stars, such as age and metallicity, over a large surface area in the galaxy, and based on that, figure out how these galaxies were assembled. We also are able to measure the velocities of the stars, which in turn tells us about the structure of the galaxy, and how much dark matter is present. From the gas, we learn about the radiation present in the galaxy: is the gas energized by young stars (indicating that there is on-going star formation), by an active black hole, or both? Combining all these different sets of information, we form a picture of how different galaxies form, and evolve over time. 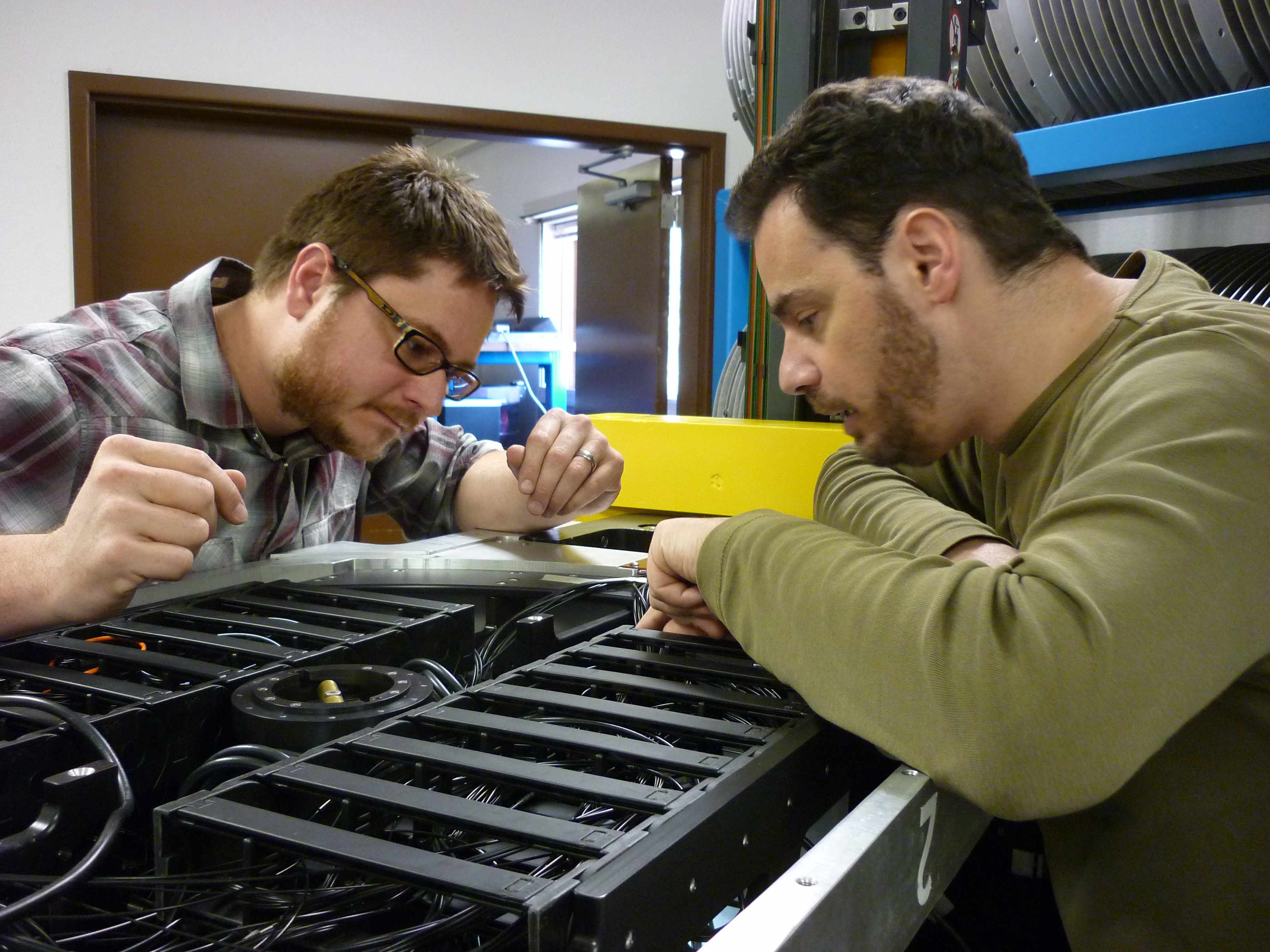 MaNGA instrument scientist Niv Drory (UT at Austin) and chief engineer Nick MacDonald (UW) prepared the cartridge, carefully adding the MaNGA integral-field units and making sure that the surfaces of the fibers were clean to optimize their light throughput. The observers at APO, together with MaNGA lead observer Anne-Marie Weijmans and several other members of the MaNGA team took various test-observations of sky and stars, before turning their attention to galaxies. MaNGA can observe 17 galaxies in one go, and with two plates completed this resulted in 34 galaxies. 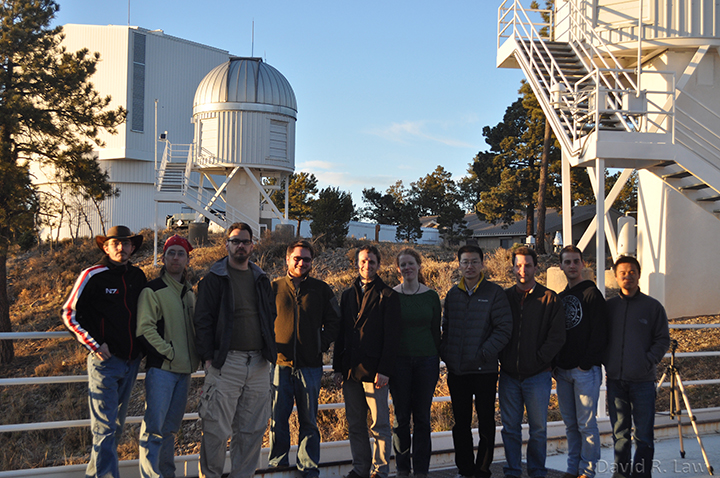 Right now, two more cartridges are being prepared for MaNGA to start observing this summer, and in the Fall, three more cartridges will follow. And at the same time, MaNGA lead data scientist David Law (Toronto) and survey scientist Renbin Yan (Kentucky) with many other members of the MaNGA team are working hard to analyze the results of these first 34 galaxies. Only 9,966 more to go! 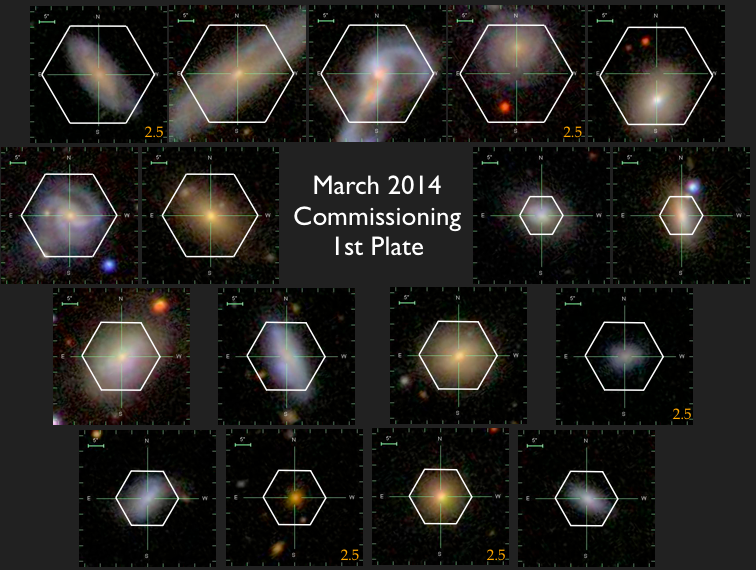 One plate full of galaxies. These galaxies are the very first ones observed by the final MaNGA instrument. Some galaxies have been off-set from the centre of the IFU to allow inclusion of foreground stars, to test our measurement precisions. (credit: K. Bundy).

To keep in touch with MaNGA and see what we are up to, follow us on Twitter @MaNGASurvey. 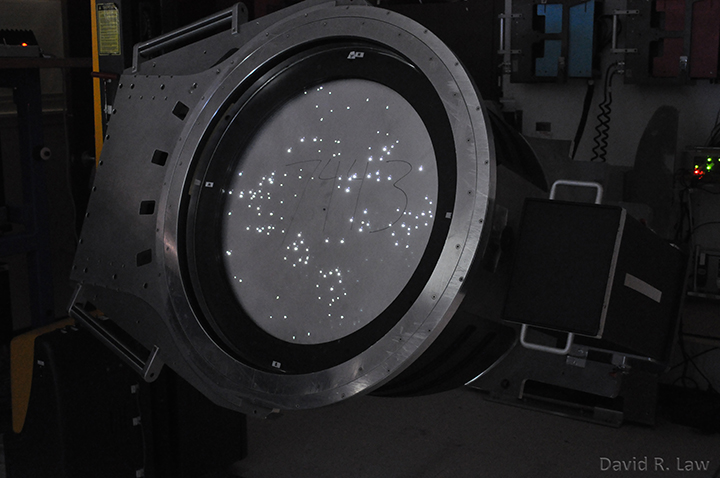 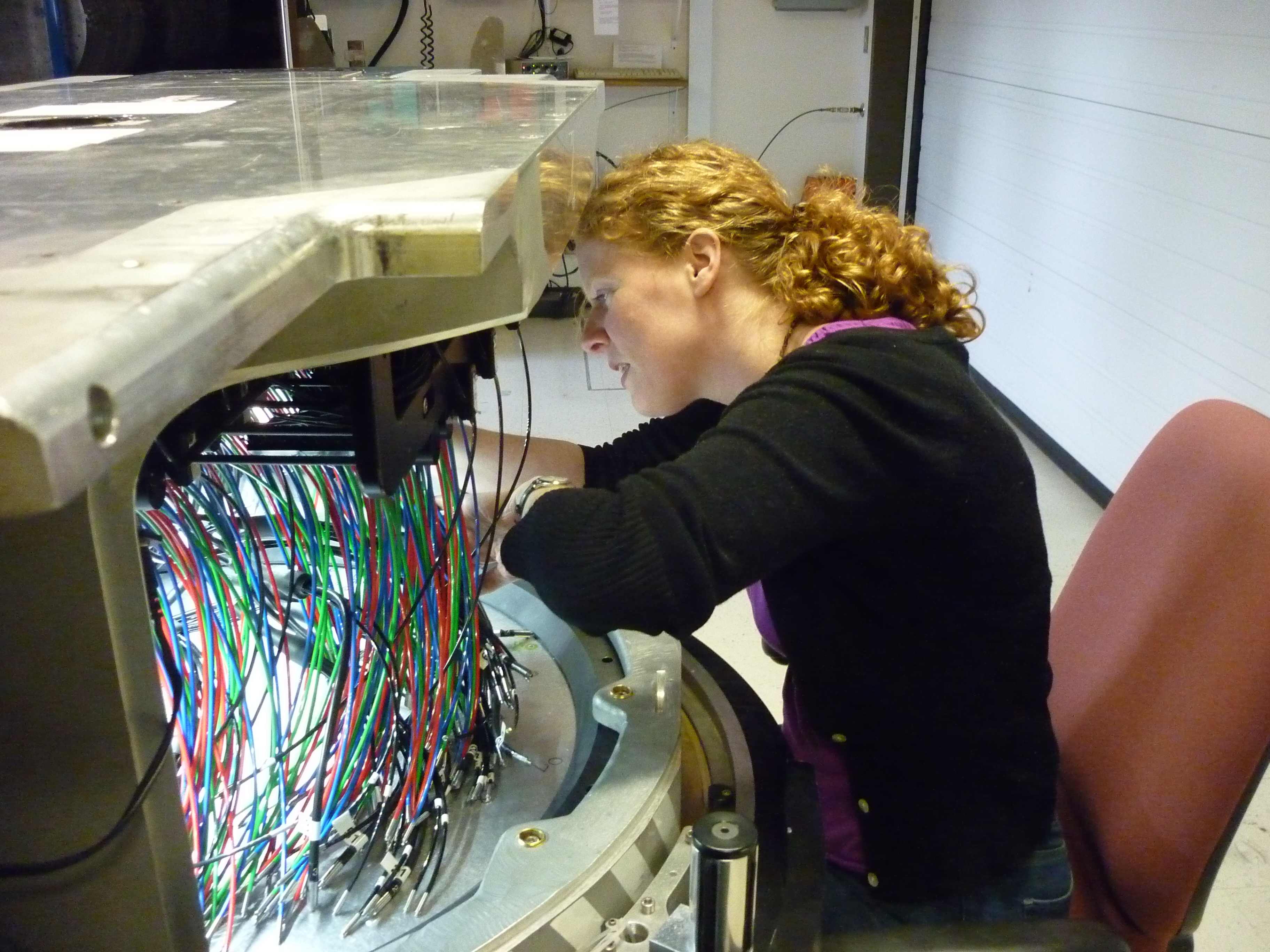 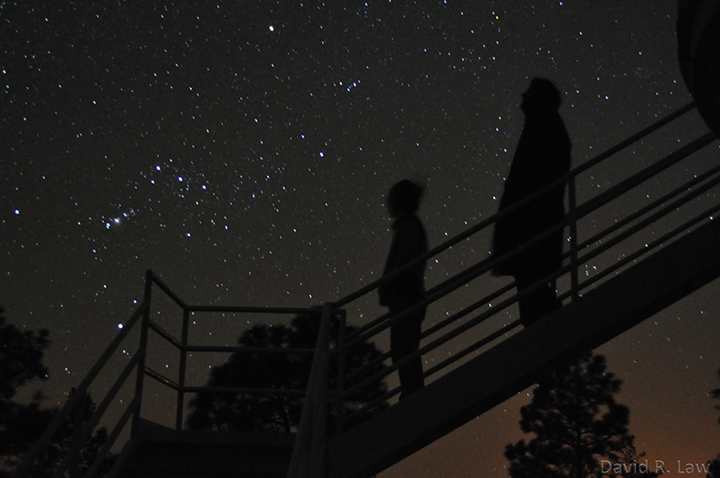 One thought on “MaNGA’s First Galaxies”