Last summer, London based conceptual artist, Xavier Poultney, made a tour of various SDSS sites in the US. He visited Apache Point Observatory to see the SDSS telescope, the plate drilling labs at the University of Washington in Seattle, and he even went to see the now retired SDSS imaging camera in storage at the Smithsonian Museum in Washington DC. Several of the photographs taken on that visit can been seen on Xavier’s website, and also the website of Adam Laycock (Xavier’s photographic assistant). Xavier has also made several trips to SDSS Institutional Member, The University of Portsmouth to talk to scientists at the Institute of Cosmology and Gravitation about the astronomical significance of SDSS.

Out of his various visits, Xavier has developed an exhibit called “Transient Objects” which he describes as: “an artistic investigation into the evolution of knowledge and the cultural ramifications of technological and scientific progress.”

The SDSS hardware sits in a region of the New Mexico Desert that has been inhabited by various civilisations of North American Indian for thousands of years. The high-tech, cutting edge equipment of the SDSS observatories are surrounded by the ruins of ancient equivalents. My work explores both the disconnect and the parallels between these two paradigms of human understanding.

This summer I made a photographic research trip across America, visiting working SDSS sites and also archeological sites on Indian
Reservation land. The body of photographs focus on the progress of ideas; on supersession and outmoded thought. The relics of human
progress layer up and fall away, we glimpse the stratification of human knowledge, sitting awkwardly within the deep time of the silent desert landscape.

These photgraphs are to be exhibited alongside a number of large sculptures. The sculptures are made from modern materials (similar
to those used in the technical facilities of the SDSS), machined and designed with computers. However, in form the objects reference naive
religious artifacts, perhaps from a tribal society of some kind, making the sculptures look more like cross between ritualistic object
and defunct scientific instrument.

Some of the photos have already been exhibited in at The Space Inbetween Gallery in London as part of a group show, and the full show (including a sculpture featuring an SDSS plate) is about to open at a the Meet Factory Gallery in Prague, where it will run from March 6-30th. 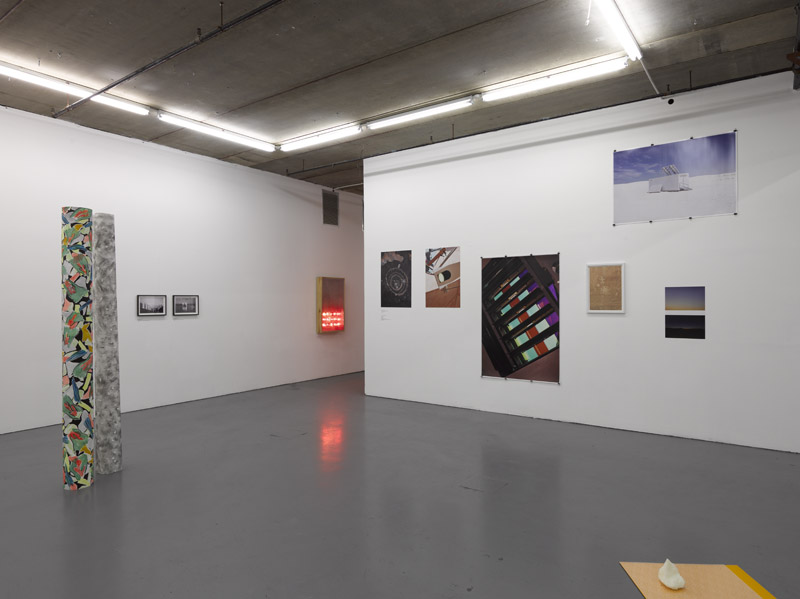 Astronomers attending the UK National Astronomy Meeting in Portsmouth in June will also have a chance to view some of Xavier’s work, which is being shown as part of the public programme linked to the conference.