The inner galaxy, inconveniently obscured by dust, has long been shrouded in mystery – until now. The SDSS-III’s APOGEE (Apache Point Observatory Galaxy Evolution Experiment) survey uses infrared light (light with wavelengths longer than our eyes can perceive) to cut through the dust and see previously-hidden parts of our galaxy. Astronomers from the APOGEE survey are now surveying more than 100,000 red giant stars all over the Milky Way. Data from this large range of stars, including highly accurate measurements of velocities and chemical compositions, will allow astronomers to finally unravel the history of the Milky Way. 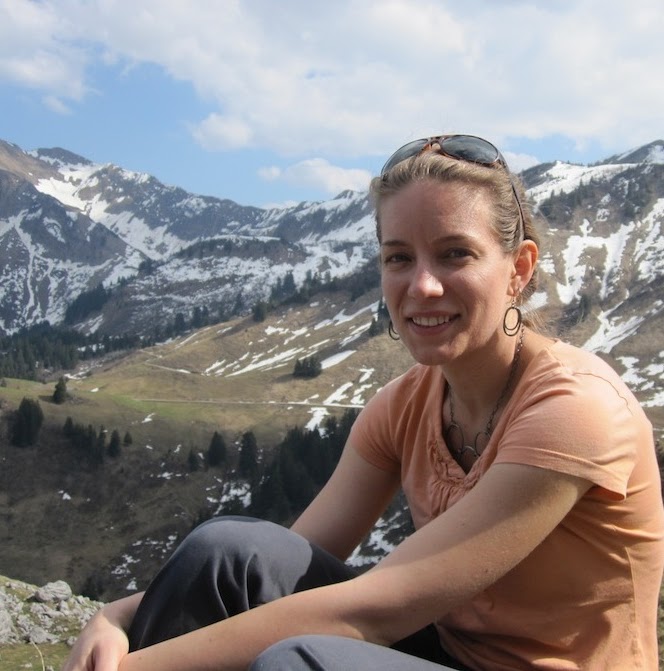 But how do we know which stars to survey? We want to find red stars, but interstellar dust makes many stars appear redder than they actually are. That reddening is different in different parts of the Galaxy, so choosing a consistent sample of stars throughout can be difficult. Stars must be “targeted” for observation with great care. This is where Dr. Gail Zasowski, the target selection coordinator of APOGEE, comes in.

Zasowski has been interested in astronomy for a long time. Imagine a young girl visiting the National Air Space Museum in Washington, walking with her father. The father takes his daughter to a mural of the Solar System and starts explaining to her what the planets are. But before he can even start naming them, the young girl rattles off, “Mercury, Venus, Earth, Mars, Jupiter, Saturn, Uranus, Neptune, Pluto!” Gail Zasowski was born to be an astronomer.

Zasowski attended the University of Tennessee, where she earned a Bachelor of Science degree in physics, and double majored in Latin. After taking a few astronomy courses and spending a summer in an astronomy Research Experience for Undergraduates (REU) at the University of Rochester, Zasowski decided to apply to graduate school for astronomy. “I definitely came to grad school not knowing as much astronomy as my classmates,” admitted Zasowski. And yet, as a graduate student at the University of Virginia, Zasowski discovered that a life doing research and making new discoveries in the world of astronomy was indeed where she belonged.

The stars aligned for Zasowski at Virginia when she took some classes with Steve Majewski, principal investigator of APOGEE, and asked him to be her Ph.D. advisor. Zasowski’s thesis work dealt with the different factors that affect the absorption of starlight by interstellar dust. “It depends on wavelength, but how it depends on wavelength depends on properties of the dust itself, such as the size and shape of the grains,” Zasowski said. “My first work with Steve was on seeing how these behaviors changed as a function of the dust’s position in the galaxy.” 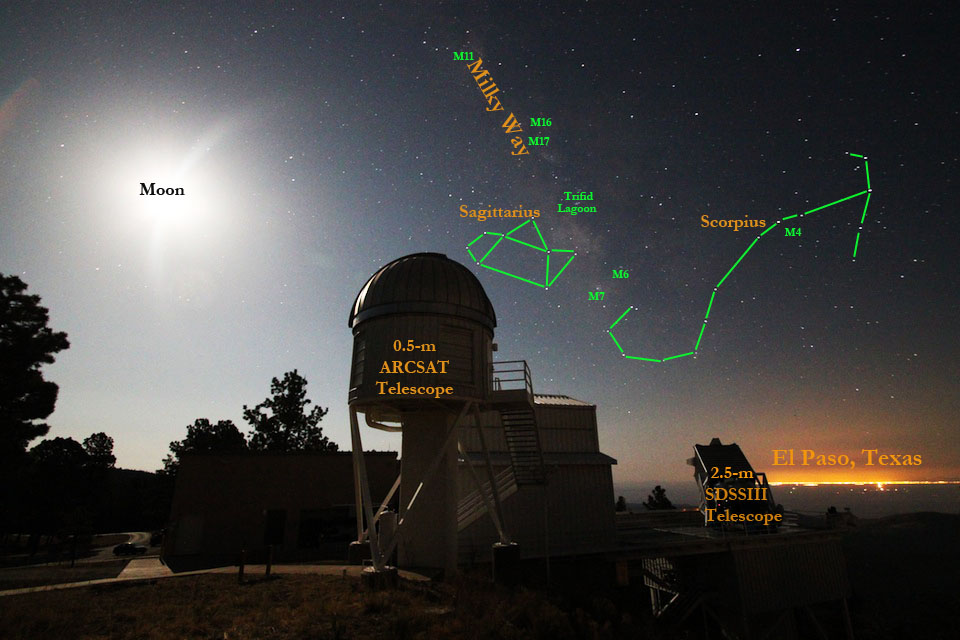 Towards the second half of her graduate career, Zasowski’s familiarity with interstellar dust led her to further involvement in the APOGEE survey. “I was spending so much time working with APOGEE that Steve suggested I should just do it officially. So for the last two and a half years of grad school I was the Target Selection Coordinator of the survey,” Zasowski explained.

The goal of the APOGEE survey is to look at red giant stars in all parts of the galaxy, but interstellar dust absorbs and reflects blue light more effectively than red. The problem lies in the fact that since the amount of dust is unknown, the observer does not know how accurate the perceived color of the star is. If a star looks very red, is that because the star really is red, or is it because there is a lot of dust in the way? The solution to this problem lies in the fact that there are some wavelengths of light for which most stars emit about the same amount of light – so any apparent differences in stars at those wavelengths must be due to the dust. We can then use that knowledge to calculate how the dust affects stars at the wavelengths we really are interested in.

Zasowski wrote the software that measures all the stars in a patch of the sky, corrects the measurements for the effects of the dust, and chooses which stars there should be observed further by APOGEE. In addition to stars, Zasowski’s software looks for the large number of other interesting objects that APOGEE is well-suited to find, including newborn stars and ancient star clusters in other galaxies. “One thing that’s interesting about the software,” said Zasowski, “Is that things are always evolving. Every time we think that the software is done and that we can handle all special cases, someone will come up with some other interesting special case that we hadn’t considered.” 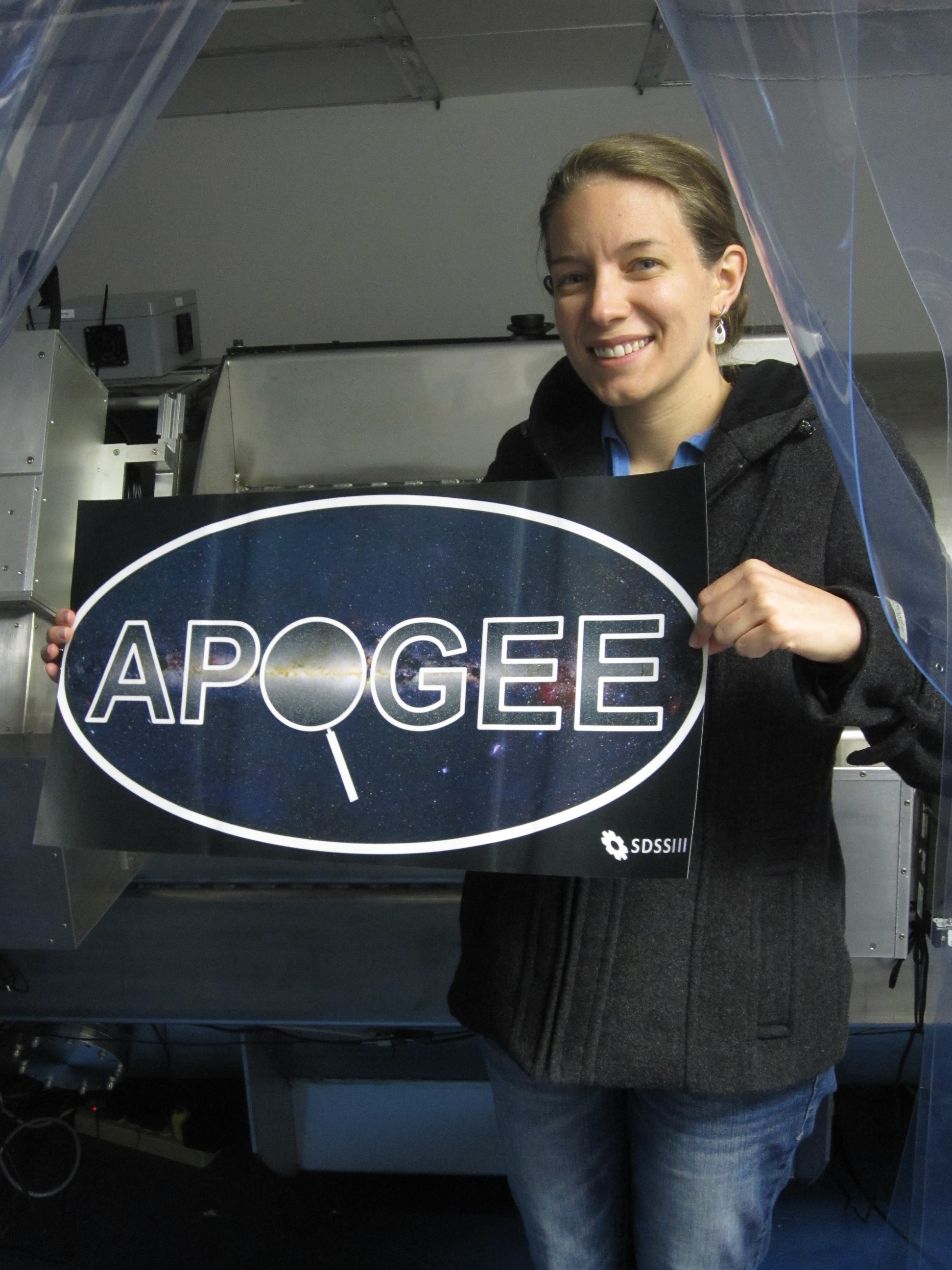 Zasowski has also been heavily involved with some of the science results coming out of APOGEE. For example, she worked with David Nidever on the discovery of a new group of stars near the center of the Milky Way. Using APOGEE observations, Nidever and Zasowski measured the velocities of stars near the Galactic center, unexpectedly discovering a population of fast-moving stars that matched computer models of stars forming a long, narrow “bar” in the inner Galaxy. Another of Zasowski’s studies led to a new approach to studying “diffuse interstellar bands” (DIBs), an as-yet-unexplained feature seen in stellar spectra, arising from interstellar material of unknown chemical makeup. The wavelength coverage of APOGEE, and the distance that the survey probes through the Galaxy, helps Zasowski use these lines to measure Galactic properties in a whole new way.

“I’m also really interested in public outreach,” said Zasowski enthusiastically. She recently became a postdoc; after spending a year at Ohio State University, she will be spending the remainder of her three-year fellowship at Johns Hopkins University. She is funded under a National Science Foundation Fellowship, a part of which is devoted to education and public outreach. This past summer, she helped run a week long space camp in Columbus, Ohio. “Astronomy is the gateway science because it’s easy to understand and easy to get excited about, so it’s a really good way to get people into science,” said Zasowski. Zasowski hopes that her education and public outreach efforts will inspire another young astronomer, just as she was inspired as a young girl at a science museum.