A massive thank you to Qingqing Mao a PhD student from Vanderbilt who is running SDSS Social Media sites in Chinese (Simplified Mandarin). We have both Facebook and Weibo (Chinese version of Twitter) accounts for SDSS. Below is a wordl of the most common characters used by these accounts. The blue characters in the middle are a phonetic translation of “Sloan”. “Tian Wen” also appears many times – literally “sky language/culture” – meaning astronomy (e.g. “tian wen xue” means the study of astronomy). 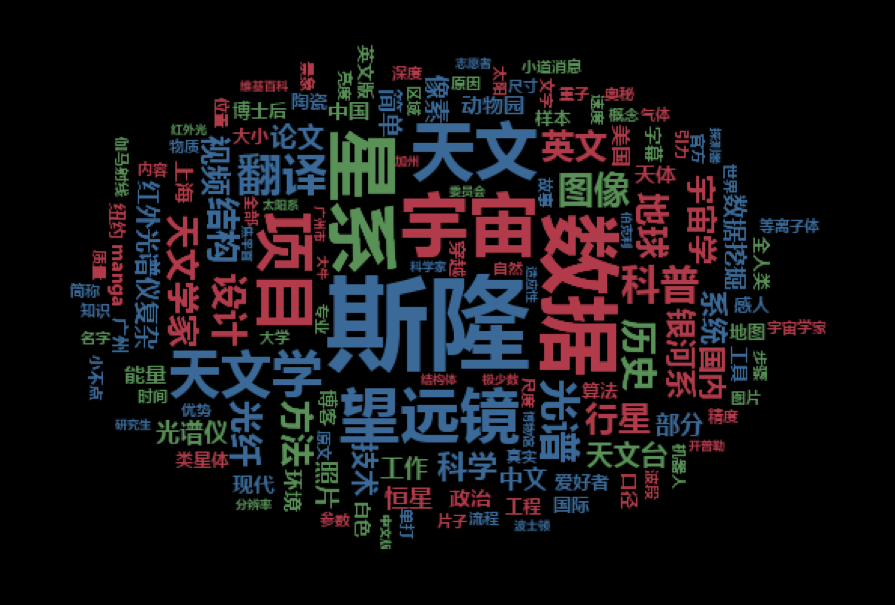