Everyone at SDSS-IV wishes to congratulate the APOGEE instrument team, and especially John Wilson for being announced as the 2017 winners of the Maria and Eric Muhlmann Award of the Astronomical Society of the Pacific. 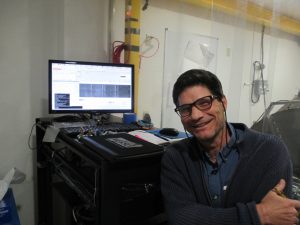 The Maria and Eric Muhlmann Award recognizes significant observational results made possible by innovative advances in astronomical instrumentation, software, or observational infrastructure. The 2017 recipient of the Muhlmann Award is Dr. John Wilson (University of Virginia) and the APOGEE team for the design, construction, and commissioning of the APOGEE instrument located at the Apache Point Observatory in New Mexico – the linchpin of the APOGEE surveys that have been a part of the Sloan Digital Sky Survey III (SDSS-III) and Sloan Digital Sky Survey IV (SDSS-IV).

APOGEE (Apache Point Observatory Galactic Evolution Experiment) is a groundbreaking, high-resolution, near-infrared, spectrographic survey of red giant stars in the Milky Way Galaxy. By observing near-infrared light, the custom built APOGEE instrument can efficiently see through most of the obscuring dust to study the galactic bulge, disc, and halo. Collecting spectra from 300 targets simultaneously, APOGEE is responsible for the world’s largest high-resolution, near-infrared spectroscopic survey of stars in our Galaxy. After six years of operation, APOGEE has collected data on over 250,000 stars.

As one of the nominators stated, the APOGEE instrument “produced scientifically viable data the moment it was deployed onto the sky and functioned far better than anyone expected.” The instrument was so successful that a copy has been fabricated, installed, and started operating at the 2.5-meter du Pont Telescope at Las Campanas Observatory in Northern Chile. This instrument, in a Southern Hemisphere location, together with the first instrument, provides the APOGEE Survey access to the entire Milky Way.

The award will be officially given at an Awards Gala on October 28, 2017.

Congratulations to John and the entire instrument team from all of us, and here’s to many years of APOGEE data to come from two hemispheres! 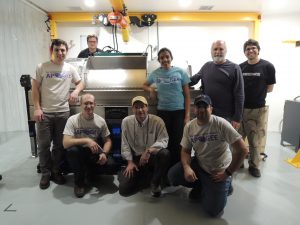