Meet Gail Zasowski — postdoctoral research fellow at Johns Hopkins University and one of the people behind creating the APOGEE-2 target sample. She earned her PhD at the University of Virginia in 2012 and was then awarded an NSF fellowship at The Ohio State University. She is now a postdoctoral research fellow at Johns Hopkins University. One of Gail’s research interests is the interstellar medium (ISM), and this blog post will introduce how she has used APOGEE to study dust and molecules in the ISM. 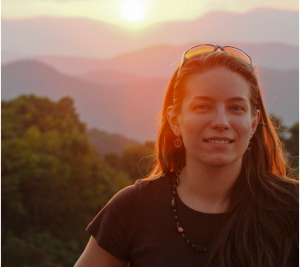 Gail grew up in western New York and in Knoxville, Tennessee. In college, she double majored in physics and Latin. As a PhD candidate at UVa, she studied dusty young protostars, the distribution of dust in the Milky Way Galaxy, and stellar populations in open clusters, that is, determining their ages and distances.

One of her explorations with APOGEE data has been in a unique approach to studying diffuse interstellar bands (DIBs), which are absorption features seen in many optical and near-infrared spectra that are believed to be due to large molecules in the ISM. These features are found in nearly every APOGEE spectrum, because the ISM lies between the Earth and every star that we study. The exact nature of these large molecules has been a question for some decades. In one paper, Gail and her collaborators demonstrated that DIBs trace the known distribution of dust throughout the ISM (check out the cool graphic below, from a press release), and can be used to independently verify the large-scale structure of the Milky Way Galaxy. 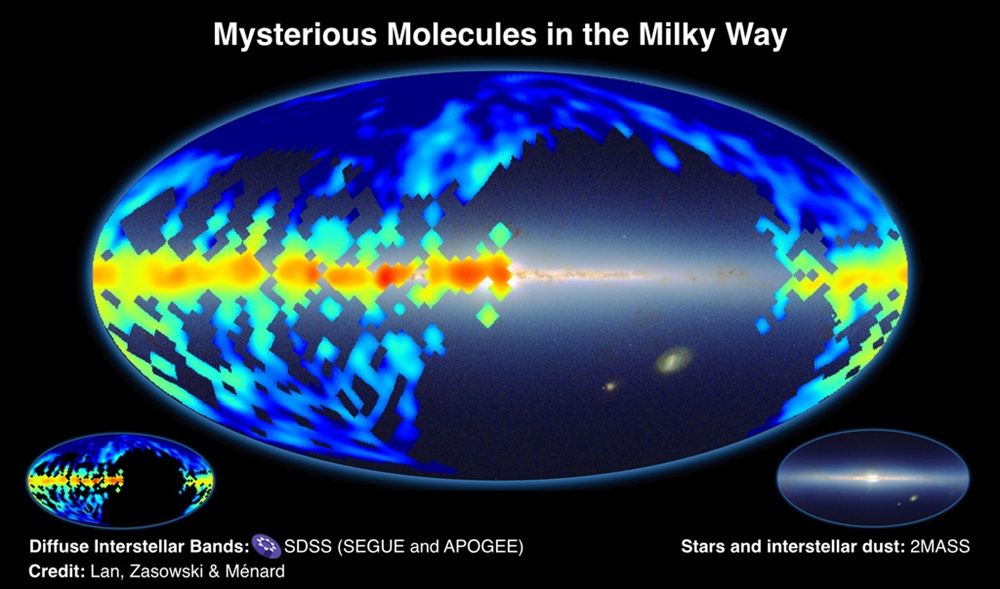 Gail successfully mapped the strength of DIB features in APOGEE spectra across the Milky Way Galaxy, and used them to show that DIBs trace the distribution of cosmic dust in between stars, but can also be used to trace large scale structure as well. The high latitude data comes from Ting-Wen Lan at JHU.

Even cooler, Gail also found evidence for circumstellar (that is, surrounding a particular star) DIBs in the dusty protoplanetary nebula MWC 922. This is an exciting result: it shows that the molecules that create DIBs are not merely confined to the ISM, but can be found in dusty environments around stars, too. And this is important because one of the unanswered questions about large molecules in space is how they are formed. Placing them around stars, and perhaps eventually showing that they originate around stars before being put in the ISM, would be a major step forward in cosmic dust studies.

Now Gail wants to apply her knowledge of surveys like APOGEE to create models of galaxies that can be used to understand resolved stellar populations (like the Milky Way’s) and unresolved stellar populations (such as the faint light that can be seen in more distant galaxies). This ties in well with several SDSS surveys, which study individual stars (e.g., APOGEE and SEGUE) and entire distant galaxies (e.g., MaNGA. Such a comparison should shed light on those parts of the Milky Way that are not well understood (such as its location in the Tully-Fisher plane, which can be used to determine a galaxy’s mass), as well as tell us about specific properties concerning other galaxies that show similarity to the Milky Way.

Do you think that all work and no play has made Gail a dull astronomer? Not at all! She was a founding member of the Dark Skies, Bright Kids! program at the University of Virginia, which seeks to provide science education in an informal setting to rural, underserved school children in central Virginia. She runs an annual space camp in Columbus, Ohio, that is aimed at middle school students. She is part of the Committee for the Participation of Women in SDSS, which seeks to promote gender balance and an inclusive environment within the collaboration, whose findings were published recently and can be read about on this blog. She also supports LGBTQ initiatives within her own department at JHU.

Gail’s wide-ranging interests, and those of her colleagues, have made a positive impact on the APOGEE survey — not only is it useful for stellar populations studies (which is what it is designed for), but it can also be used to study cosmic dust!

2 thoughts on “Spotlight on APOGEE: Gail Zasowski and Cosmic Dust”