Prof. Shirley Ho, an assistant professor at the Department of Physics in Carnegie Mellon University and a member of both BOSS and eBOSS science teams has been awarded the 2014 Macronix Prize (or the Outstanding Young Researcher Award) of the International Organization of Chinese Physicists and Astronomers. 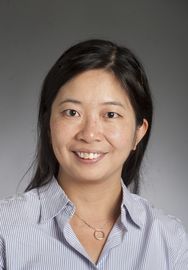 The OYRA (Macronix Prize) is given each year to one to two young, ethnic Chinese physicist/astronomer outside of Asia, in recognition of their outstanding achievements in physics/astronomy. The Award carries a cash prize of US $2,000 each and a certificate citing the awardee’s accomplishments in research.

“Much of the research accomplishment of Professor Ho has been on using SDSS-III data to measure cosmic distance scales and the growth of structure in the universe in order to get at the expansion history of the universe. She has been a leader in extracting signals of the Baryon Acoustic Oscillations, which are the tiny ripples in the density of galaxies that are an imprint left over from the quantum fluctuations in density soon after the Big Bang. She utilized these signals as a standard ruler to measure the distance scale of the universe in various epochs, and was able to achieve the most accurate measurements of cosmic distances yet with an accuracy of 1%. Her current research focuses on developing the understanding of dark energy via large-scale spectroscopy, investigating the initial conditions and contents of the universe large-scale photometry, and applying machine learning to studying non-linear cosmological problems.

Prof. Ho will collect her award at the next meeting of the American Physical Society (San Antonio, Texas, March 2-6th 2015) at which there will also be hosted a meeting of the US-China Young Physicsts Forum.

The SDSS Collaboration congratulates Shirley on both her excellent research and being recognised for it in this way.