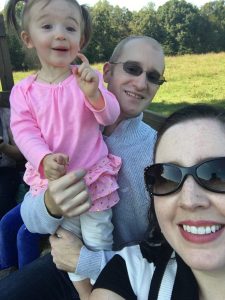 Garrett Ebelke (center), with his wife, Stefanie, and their daughter, Madeleine

We have featured the building and delivery of APOGEE-2 several times before (like here, here, and here), so you may recognize the person we are spotlighting today. Garrett grew up in Kansas, but took an early interest in triathlons that brought him to the University of Colorado at Boulder, with all of its lovely mountains, for college. While there, he majored in astronomy. He took a class in observational astronomy that sparked his interest in working with telescopes. So after graduation, when a position as a Telescope Technologist on the 2.5-m SDSS telescope at Apache Point Observatory opened up, he jumped on it…and has been associated with SDSS ever since.

When APOGEE-1 arrived to Apache Point Observatory in 2011, Garrett was working the day shift as a fiber optics technician. His job was to plug plates for each night’s observations. As the telescope shut down for regular summer maintenance, he was asked to support the installation of APOGEE-1. This was the first time that Garrett was exposed to the engineering side of astronomy, and he says that he “was very intrigued”. Below is a picture of Garrett in the clean room with APOGEE-1, along with Principal Investigator Steve Majewski, Instrument Scientist John Wilson, and project scientist Gail Zasowski. 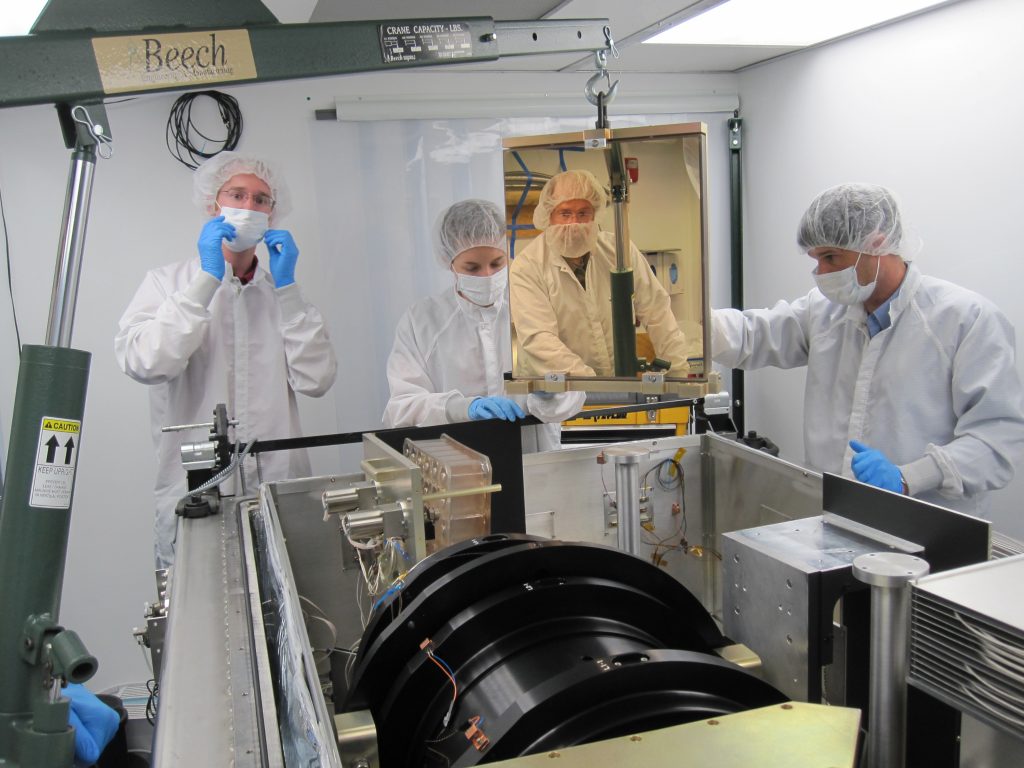 From left to right: Garrett Ebelke, Gail Zasowski, Steve Majewski (reflected), and John Wilson, standing together in the clean room with the APOGEE-1 instrument.

After 18 months at APO, Garrett transitioned to a job as a Telescope Operations Specialist, in which he was up at night running the observations of the SDSS telescope. He used this opportunity to begin taking engineering courses during the daylight hours, so that he could build a better background for instrumentation in astronomy. After several years (and several courses), he was approached about taking place in a unique opportunity: building APOGEE-South. In Garrett’s words: “Since I had seen both the day time plugging and night time operations, I was uniquely qualified to train the Chilean observers/pluggers. Shortly after, I began to design the Plugging and Mapping station with [Chief Engineer] French Leger. As I was handing this design off to French to finalize and fabricate, my wife Stefanie gave birth to our first daughter, Madeleine, and two weeks later, we relocated to Charlottesville, Virginia, so I could become involved in building the APOGEE-South instrument.” Talk about a busy two weeks.

From all accounts Garrett has stayed busy in Virginia ever since. It would take too long to explain everything that he has done to assist with the construction of APOGEE-South; suffice it to say that the end product, safely delivered and installed at Las Campanas Observatory, is a testament to his and many others’ hard work — see the team photo below. He has additionally assisted with upgrades at the University of Virginia’s Fan Mountain Observatory, and is in graduate school at Iowa State University pursuing a Master’s degree in Mechanical Engineering. Garrett says that his graduate coursework has been hugely beneficial to his work with APOGEE, and his impact on the team has been equally so. 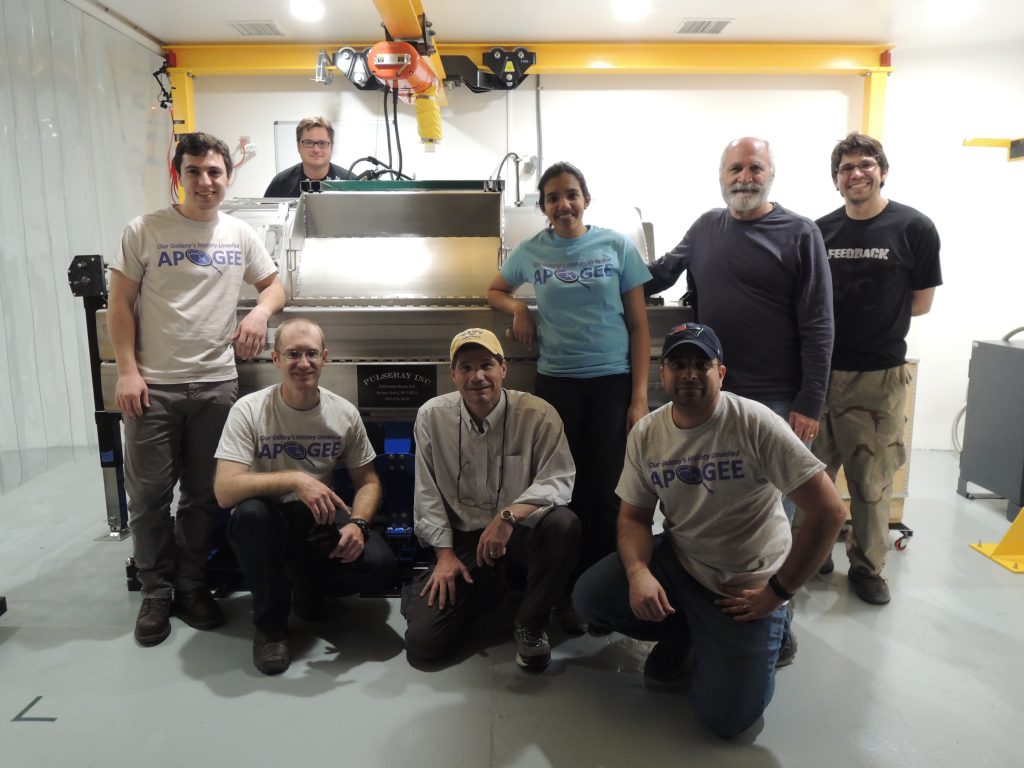