At least two groups planned to project the eclipse through SDSS plates (as have been done previously for the October 2014 eclipse). Sadly Portsmouth was clouded out, but in St. Andrews the experiment was a success. 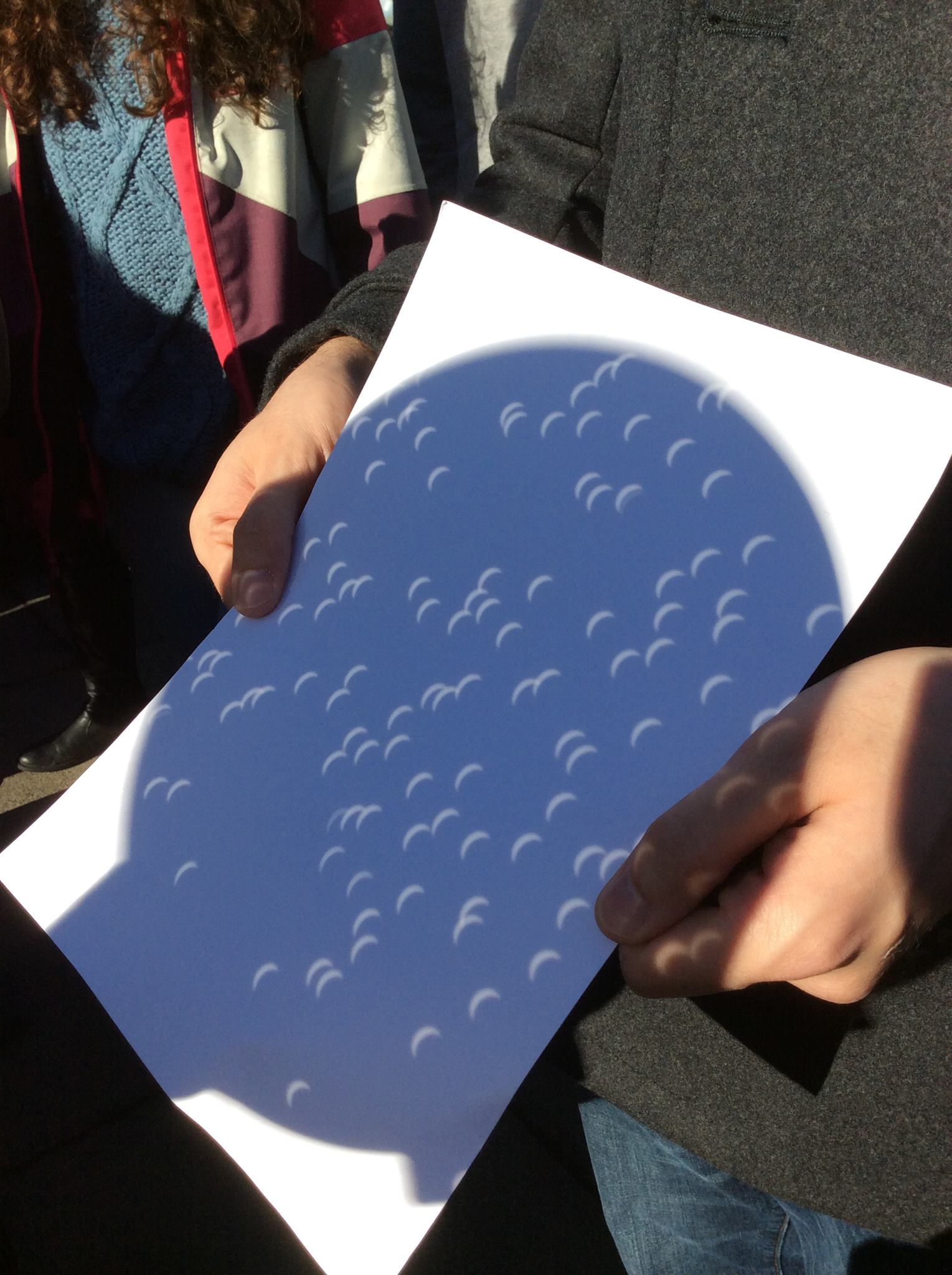