It’s an exciting time in solar system exploration, with the Philae lander and Rosetta orbiter exploring Comet 67P Churyumov-Gerasimenko, sending back our most details view ever of a comet. On top of this the New Horizons Mission is approaching the dwarf planet Pluto, and will make its closest pass on 15th July 2015, sending back the highest resolution images of Pluto we have ever seen.

You might think that the Sloan Digital Sky Survey has nothing to say about rocks in space, but you’d be wrong. One of the possibly unexpected discoveries from our  imaging survey has been that of many hundreds of thousands of asteroids.

Because of the way the SDSS Camera Worked, asteroids show up in the SDSS imaging at different times (and therefore different places as they are moving across the sky) in the different filters. This makes them pop out as little strings of almost traffic light coloured dots. These have been popular finds by citizen scientists at Galaxy Zoo as well as identified by computer algorithms.

The below animation by Alex Parker shows the orbital motions of over 100,000 of the asteroids observed by the Sloan Digital Sky Survey (SDSS), with colors illustrating the compositional diversity measured by the SDSS five-color camera. The relative sizes of each asteroid are also illustrated.

All main-belt asteroids and Trojan asteroids with orbits known to high precision are shown. The animation has a timestep of 3 days. The fact that the composition of asteroids in the asteroid belt varys systematically is clearly visible, with green Vesta-family members in the inner belt fading through the blue C-class asteroids in the outer belt, and the deep red Trojan swarms beyond that.

Occasional diagonal slashes that appear in the animation are the SDSS survey beams.

The average orbital distances of Mercury, Venus, Earth, Mars, and Jupiter are illustrated with rings.

This post is part of the SDSS Celebration of the International Year of Light 2015, in which we aim to post an article a month about how SDSS uses light in our mission to study the Universe. We’ve reached the halfway point here in June 2015! 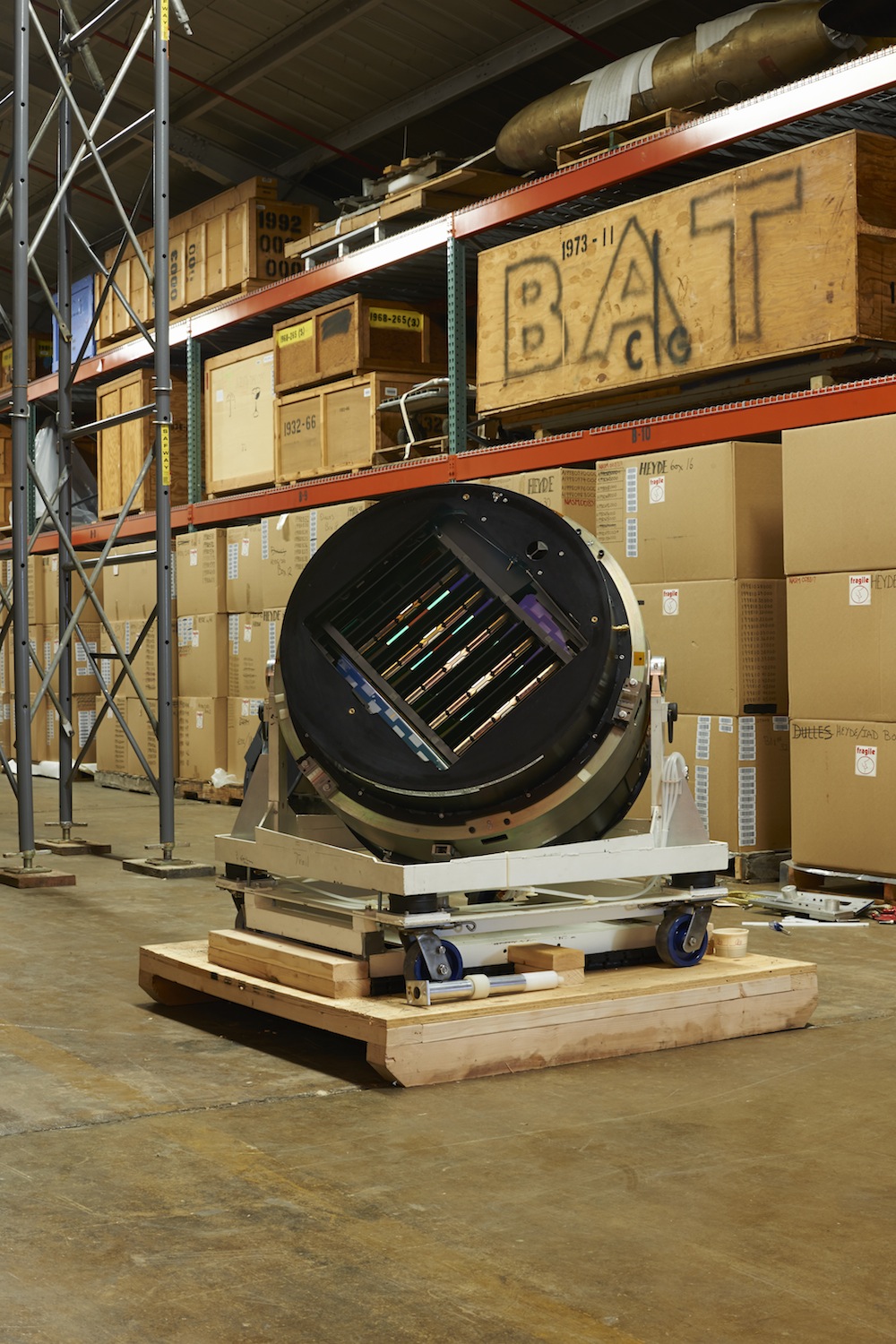 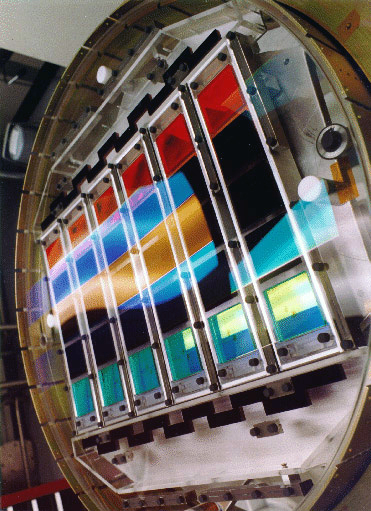 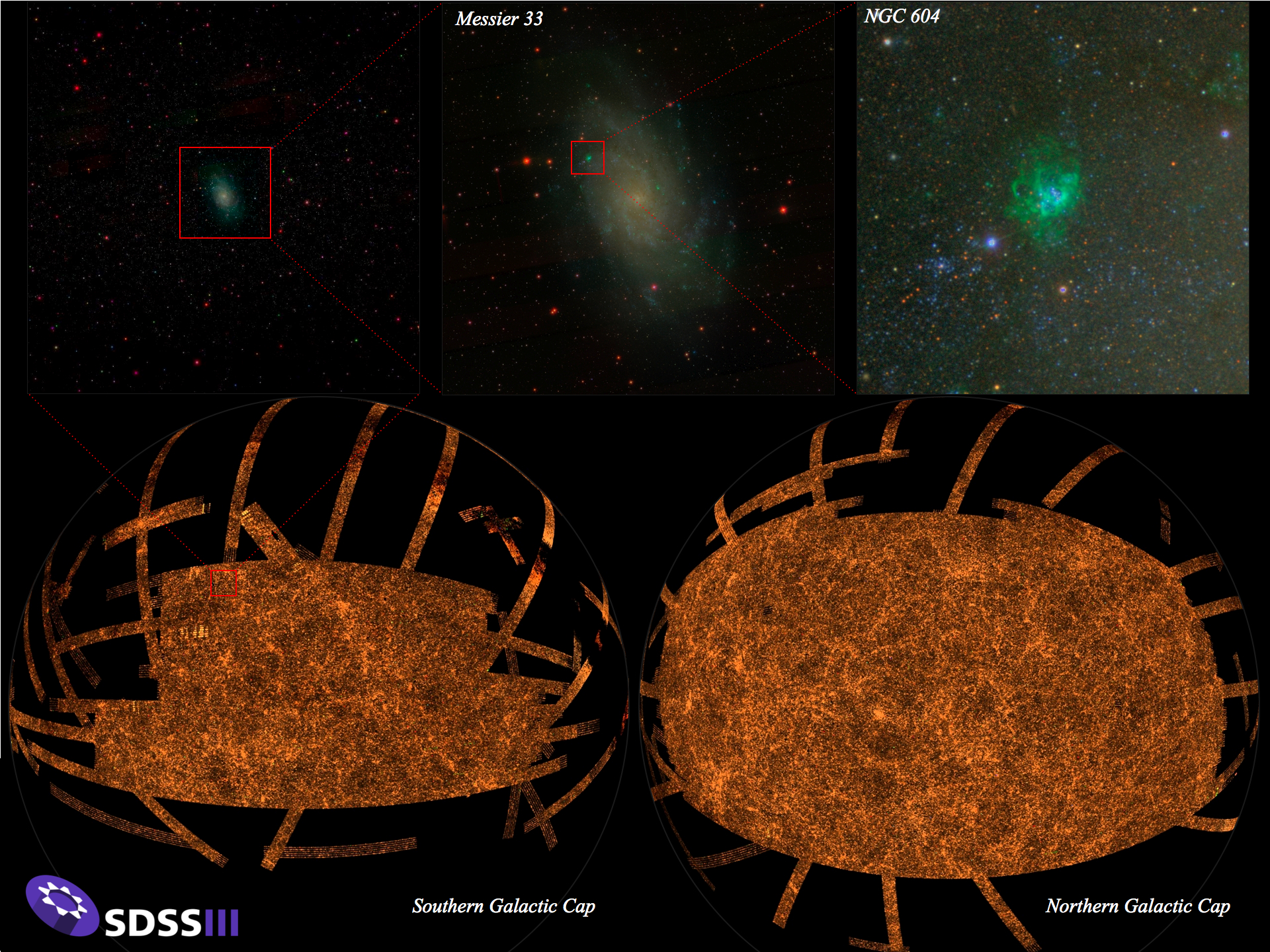