Building a spectrograph is no mean feat — and an instrument like the APOGEE spectrograph, with high expectations of precision to meet its mighty science goals, takes time and effort. Today we want to share with you some of the many highlights of the ongoing, and exciting, work being done to make the APOGEE-2S spectrograph, the “twin” spectrograph that is going to perform survey operations on the du Pont Telescope at Las Campanas Observatory in Chile.

Spectrographs have several key components. The light collected by the telescope from a star is collimated by a great big lens before it strikes the diffraction grating, which splits the light into its constituent colors (it’s a fancy prism). The “split” light then travels through a camera so that it can be refocused onto the infrared array, which records the spectrum of the star.

With that in mind, here’s a picture of a part of the collimator known as the collimator positioning actuator, which is the little piece of metal seen at the center of the test dewar (the large cylinder). Its role is to precisely position the collimator lens, to ensure precise collimation at all times. 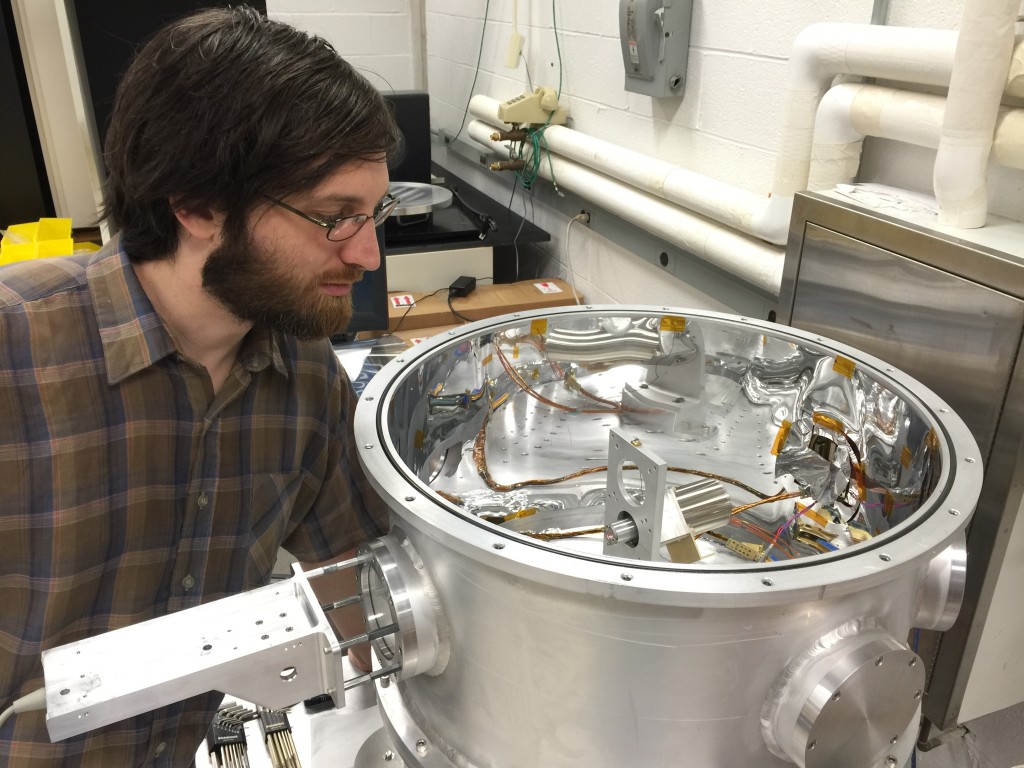 Josh Peebles from Johns Hopkins is seen here preparing the collimator positioning actuator inside of a dewar for cryogenic testing.

Next we have some fancy-looking lenses. Because APOGEE works with infrared wavelengths, the lenses have to be made out of substances that are transparent to infrared light, not visible light. As a result, they are actually opaque at visible wavelengths. In the picture below, the lens appears green to us, but this fused silicon lens would be see-through if we had infrared-sensitive eyes. 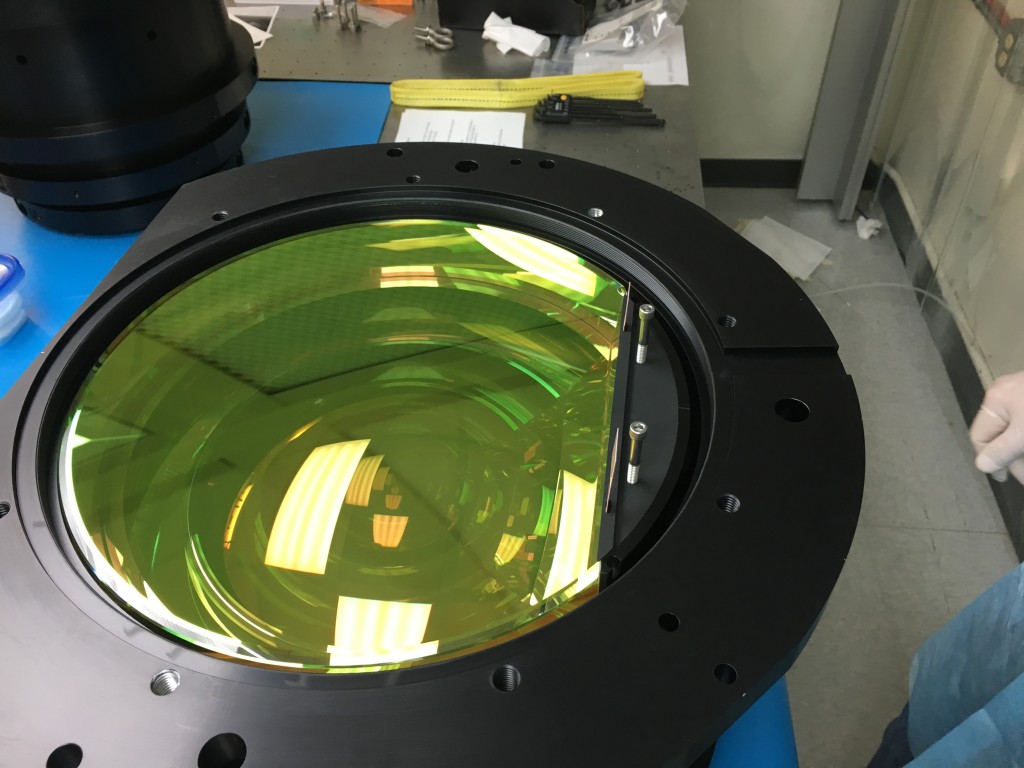 This is one of the APOGEE-2S spectrograph’s lenses (there are six of them in total) up close. It is made of fused silicon, and is transparent to infrared light.

New England Optical Systems installed these lenses into the camera barrels — the black cylinders shown below — which will be attached to form the spectrograph’s camera (see further below). 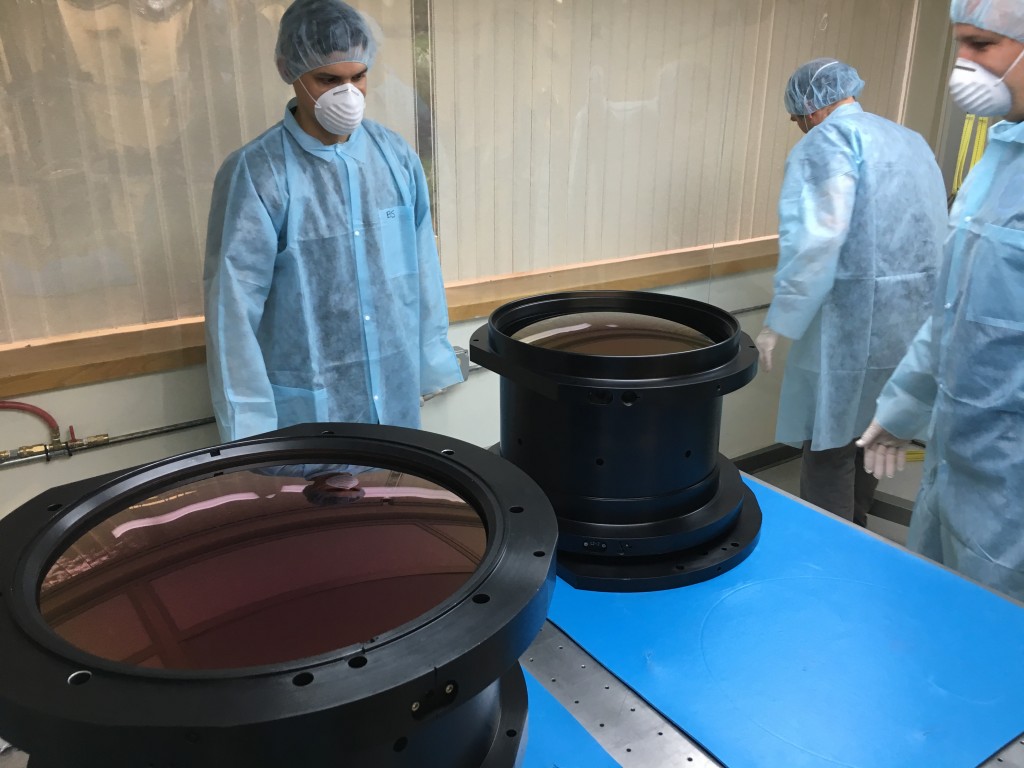 As of just a few days ago, the camera is now fully assembled, and is currently undergoing tests to ensure that it is working to specifications. 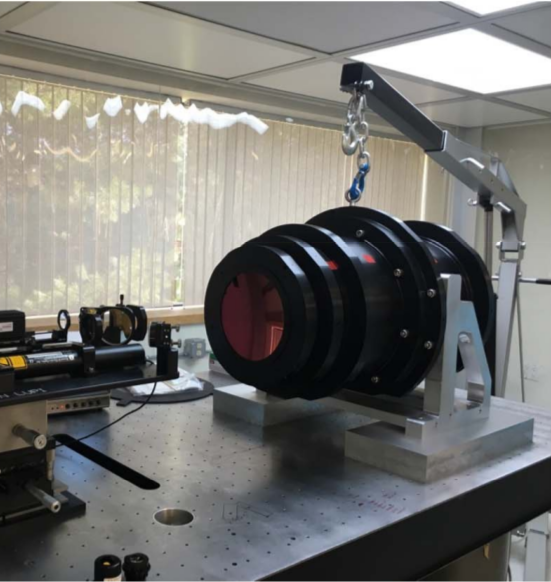 This little photojournal makes building a multi-million dollar spectrograph look so neat and tidy! One final picture to disillusion you. Below is Matt Hall, one of the technicians at the University of Virginia assisting with the build. In this picture, he is testing springs that are used to hold some of the lenses in place. It sounds strange that springs are part of a lens system; but because the APOGEE-2S spectrograph is going to be cooled cryogenically, the lenses will all shrink a little. These springs apply pressure to the edges of the lenses so that they stay in place when they shrink.

This picture illustrates the secret to building instruments like the APOGEE-2S spectrograph: every big piece, like the collimator or camera, is made up of dozens or even hundreds of small, interconnected and interdependent pieces. And each little piece has to be built and tested to ensure that it does its job properly. So here’s to the people, both in Chile and in the U.S., who are currently dedicating their time and effort to build the best spectrograph possible. We look forward to making good use of it! 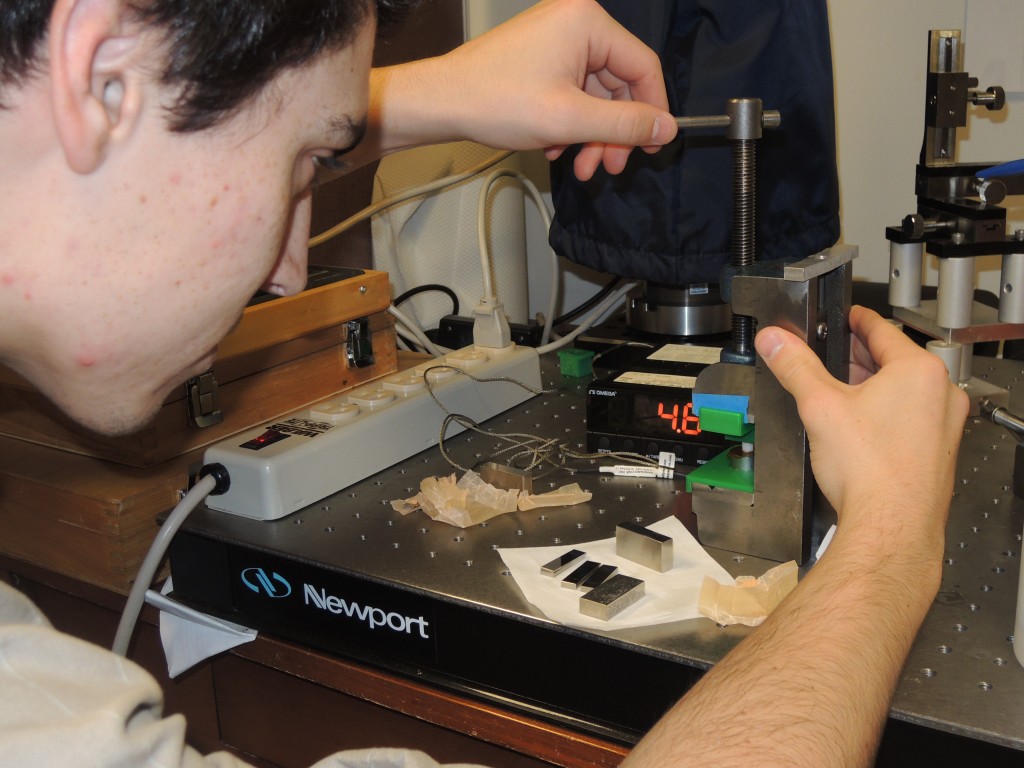 Matt Hall (UVa) is seen here testing the spring constants of individual spring plungers. As with every small part of the build, it is dealt with meticulously and thoroughly so that the completed spectrograph works at the highest level possible.

One thought on “Building the APOGEE-2S Spectrograph: Putting Together All the Little Pieces”